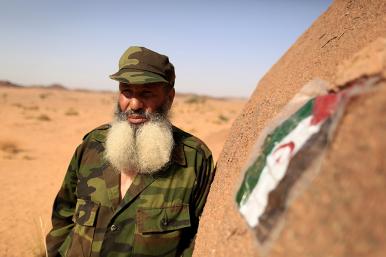 Brief Analysis
Violence Erupts in Western Sahara
If the long-frozen conflict descends into full-blown war, it would undermine U.S. interests in one of the few relatively stable corners of the Arab world.
Nov 17, 2020
◆ 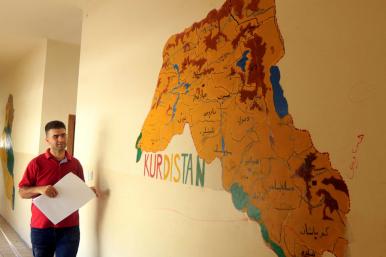 Brief Analysis
Shock Therapy Will Kill, Not Cure, Iraqi Kurdistan’s Economy
Spending cuts are necessary and overdue in the Kurdistan Region, but international players need to ameliorate the impact of politicized provisions in the new funding deficit law.
Nov 13, 2020
◆ 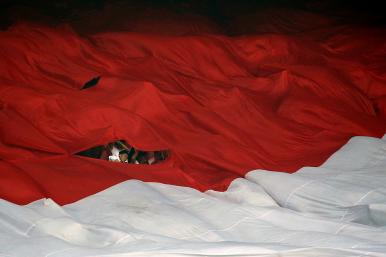 Brief Analysis
How Does Indonesia View the Prospect of Normalization with Israel?
Jakarta’s domestic politics make normalization unlikely despite years of positive signals, but the United States should nevertheless urge it to consider incremental, mutually beneficial steps toward rapprochement with Jerusalem.
Oct 28, 2020
◆ 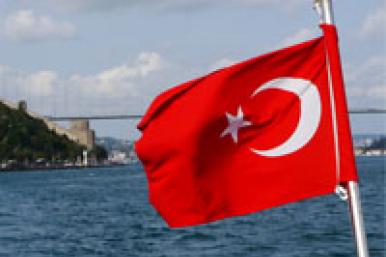 Articles & Testimony
How Europe Keeps Losing Turkey
The EU has repeatedly gotten its policy toward Ankara wrong, inadvertently helping Erdogan at key points during the rise of his illiberal movement while creating preventable tensions over various regional and domestic issues.
Oct 28, 2020
◆ 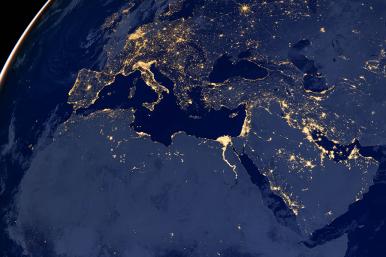 Maps & Graphics
In-Depth Reports
A New West in the Middle East: Toward a Humbler, More Effective Model of Transatlantic Cooperation
U.S.-European cooperation in the Middle East may not rank high in American voters’ minds, but the issue will demand close policy attention in the months ahead. If Joe Biden defeats Donald Trump, European leaders should not allow their undoubted relief to lapse into complacency. And if Trump prevails, they should
Oct 27, 2020
◆ 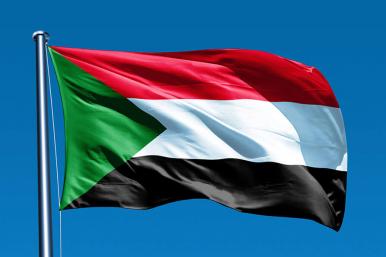 Brief Analysis
The Sudan Agreement: Implications of Another Arab-Israel Milestone
The latest deal shows how firm U.S. pressure, quiet contacts with Israel, and domestic political breakthroughs can help Arab governments advance normalization even in the face of popular opposition and past military conflict.
Oct 26, 2020
◆ 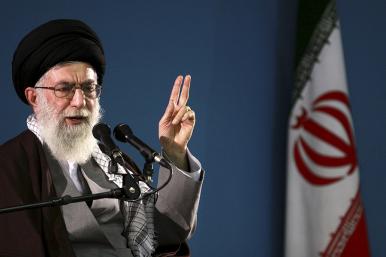 Brief Analysis
What Does Iran’s Supreme Leader Expect from the Next U.S. President?
Ayatollah Khamenei is wholly focused on preserving the political system he has so painstakingly built, but trends suggest a shaky Iranian future regardless of who wins the U.S. election.
Oct 23, 2020
◆ 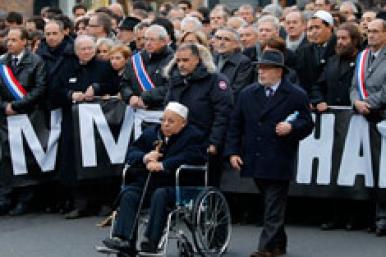 Brief Analysis
French Resilience Is Being Tested by Another Jihadist Murder
The circumstances of the latest attack give credence to President Macron’s recent speech on the need for reengaging disenfranchised neighborhoods and defending secular principles in order to fight hate speech and jihadist violence.
Oct 22, 2020
◆ 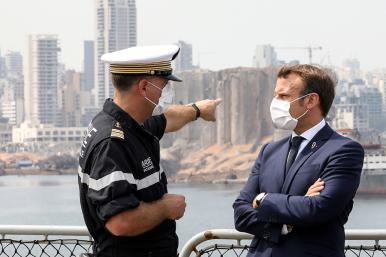 In-Depth Reports
A Paris Reset on Hezbollah? Implications for French Interests and Regional Security
In this study, counterterrorism expert Matthew Levitt explores the history and current status of Hezbollah operations against French interests, and details how a change in Paris's longstanding opposition to designating the group could bolster French efforts to stabilize Lebanon.
Oct 20, 2020
◆ 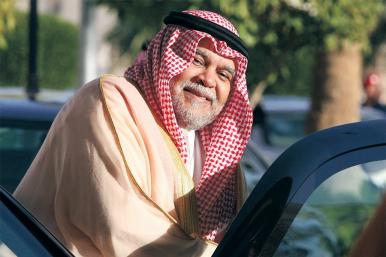 Articles & Testimony
Bandar Speaks Out: The Changing Landscape in the Mideast
Palestinian leaders previously never had to acknowledge their mistakes or account for missed opportunities, preventing them from learning critical lessons and adjusting their behavior.
Oct 19, 2020
◆ 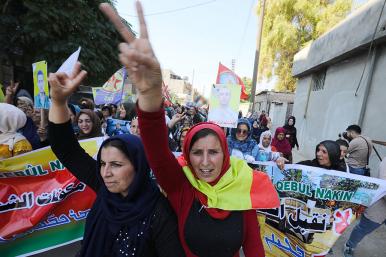 In-Depth Reports
Prospects for Syrian Kurdish Unity: Assessing Local and Regional Dynamics
In October 2019, the U.S. troop withdrawal and subsequent Turkish invasion of northern Syria upended Kurdish plans in the region. But a year later, the major Syrian Kurdish rivals—the Democratic Union Party (PYD) and Kurdish National Council (KNC)—are coming together after a lengthy estrangement. This past June, representatives from the
Oct 19, 2020
◆ 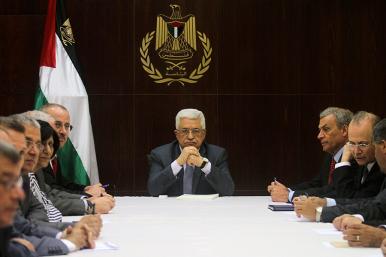 Brief Analysis
Risks of the Palestinian Authority’s Outreach to Qatar and Turkey
Recent gestures, which have included reconciliation talks with Hamas, could strengthen the PA’s Gaza-based rival, further strain relations with its traditional Arab allies, and spur elections with destabilizing results.
Oct 13, 2020
◆ 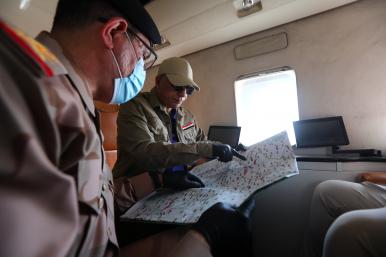 Brief Analysis
Washington Confuses Tactics with Strategy: The Perils of Shuttering the U.S. Embassy in Baghdad
In threatening the closure, the U.S. administration is undermining the reform-minded Iraqi prime minister’s efforts against Iran-backed militias and risking Baghdad’s relationship with Washington.
Oct 9, 2020
◆ 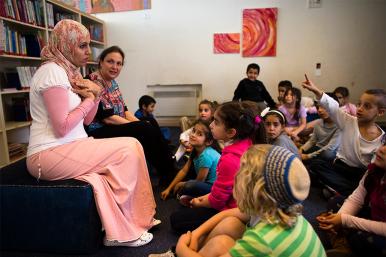 Video
Brief Analysis
Arabs Taking Risks for Peace: Stories from the Frontlines of People-to-People Contact with Israelis
Courageous Arab civic actors discuss the enormous hurdles they have faced in engaging with Israelis and supporting broader social and legislative normalization.
Oct 8, 2020
◆ 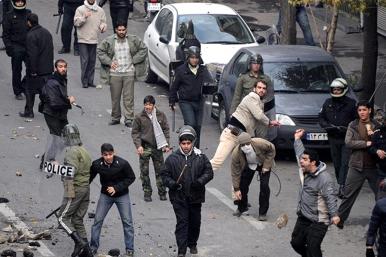 Maps & Graphics
In-Depth Reports
Protests and Regime Suppression in Post-Revolutionary Iran
Since its formation in 1979, the Islamic Republic has seen multiple cycles of unrest, from ethnic movements in the early 1980s to urban riots in the early 1990s, student protests spanning 1999-2003, the Green Movement response to the 2009 election, and the December 2017-January 2018 upheaval in smaller cities and
Oct 8, 2020
◆ 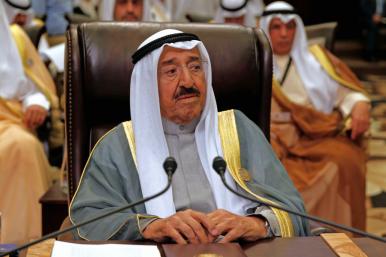 Brief Analysis
Kuwait’s Precarious Mediation Role May Be Imperiled by the Emir’s Passing
The country’s six decades as regional intermediary have been undercut in recent years by younger Gulf leaders less inclined to traditional methods of conflict resolution, and Sheikh Sabah’s death may put this role at further risk.
Oct 5, 2020
◆ 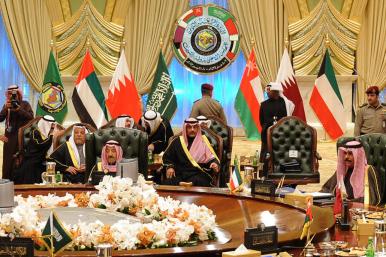 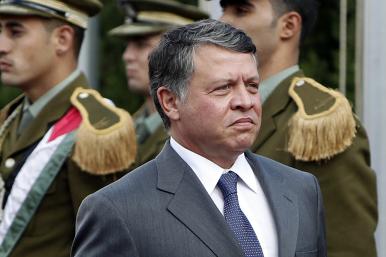 Brief Analysis
Jordan on Schedule for Elections, But Concerns Persist
New royal decrees amount to business as usual on the kingdom’s political landscape, but heightening tensions over COVID-19, economic contraction, and other factors call for careful attention from Washington.
Sep 29, 2020
◆ 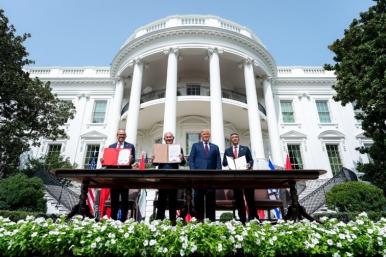 Articles & Testimony
UAE-Israel Peace Is Revealing the Middle East’s Faultlines
Much of the commentary surrounding the deal has focused on what it portends for the Palestinian issue and other Israeli relationships, but it may say just as much about the four rival factions that have crystallized in the region since 2011.
Sep 26, 2020
◆ 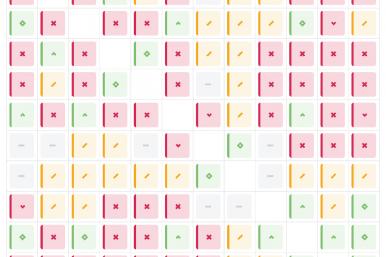 Maps & Graphics
Yemen Matrix: Allies & Adversaries
The Yemen Matrix is a guide to the relationships between the core actors involved in the country’s various conflicts. It is meant to be a starter resource for new analysts, a quick-access volume for policymakers, and a refresher for experts.
Sep 17, 2020
◆

Sign Up for Updates on Arab and Islamic Politics