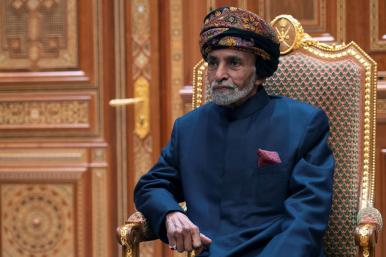 Maps & Graphics
In-Depth Reports
Oman After Qaboos: A National and Regional Void Sudden Succession Essay Series
Sudden Succession Essay Series
The Gulf nation of Oman has been ruled by Sultan Qaboos since 1970, when he overthrew his own father. The seventy-nine-year-old leader has enjoyed wide popularity, but he has a history of illness. To ensure national stability and continued progress, his successor will have to enact far-reaching economic reforms, aimed especially at broadening the economy beyond its current oil dependence. At the same time, a new sultan will need to navigate challenges posed by powerful neighbors such as Iran, the UAE, and Saudi Arabia.
Dec 30, 2019
◆ 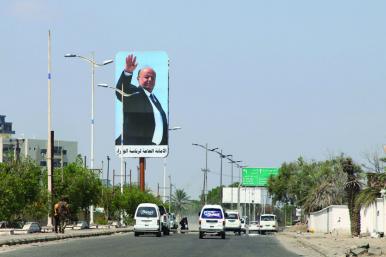 Maps & Graphics
In-Depth Reports
A Caretaker President Clings to Legitimacy in Yemen Sudden Succession Essay Series
Sudden Succession Essay Series
In 2012, during a moment of national and regional consensus, the reserved, nonthreatening Abdu Rabu Mansour Hadi was chosen as temporary president of Yemen. But Hadi, now seventy-four years old, has held onto power ever since, despite lacking a large base of domestic loyalists. Most important for the Yemeni people, the war needs to end with either a transitional council or elections so that a future leader enjoys the popular legitimacy Hadi lacks.
Dec 10, 2019
◆ 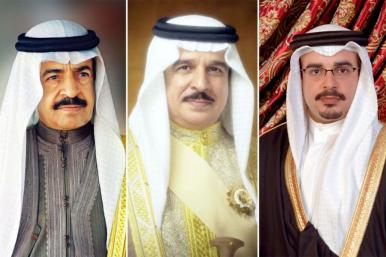 Maps & Graphics
In-Depth Reports
Bahrain After the Prime Minister Sudden Succession Essay Series
Sudden Succession Essay Series
Bahrain’s prime minister, Sheikh Khalifa bin Salman al-Khalifa, has held his position since 1971, the year his country gained independence from Britain, but he is now eighty-four and evidently in uncertain health. Potential candidates to replace him include Crown Prince Salman or even a much younger nephew, Nasser bin Hamad, mirroring the generational handover in Qatar and Saudi Arabia. But the Khawalids, an influential, once-sidelined branch of the ruling family, also merit attention as Bahrain nears the end of an era.
Nov 26, 2019
◆ 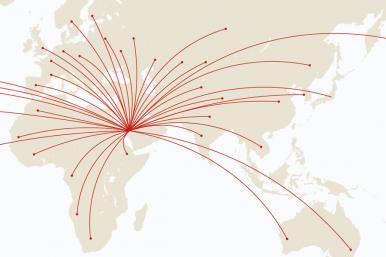 Maps & Graphics
In-Depth Reports
Course Correction: The Muslim World League, Saudi Arabia's Export of Islam, and Opportunities for Washington
Throughout 2016 and 2017, statements from Riyadh suggested that Saudi Arabia might be on the verge of reorienting its decades-long promotion of Salafism around the world. Given the sheer scale of the kingdom’s support for Islamic institutions over the years, the ripple effects of such a shift would be profound
Nov 22, 2019
◆ 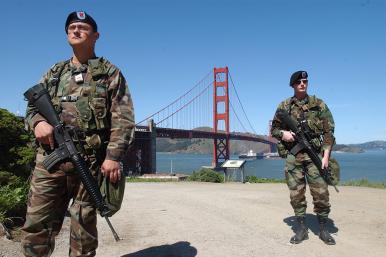 Video
Brief Analysis
The Evolving and Persistent Terrorism Threat to the Homeland
The FBI’s top intelligence official shares his insights into how authorities and agencies are collaborating to keep the United States safe amid a shifting threat landscape.
Nov 19, 2019
◆ 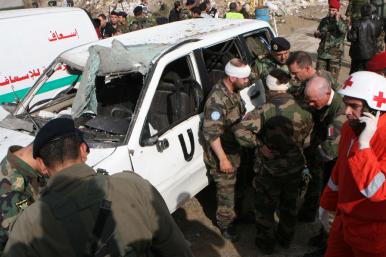 Maps & Graphics
In-Depth Reports
Hiding in Plain Sight: Hezbollah's Campaign Against UNIFIL
In summer 2006, the United Nations passed Security Council Resolution 1701 with the goal of ending the war between Israel and Hezbollah and preventing a recurrence. Among its terms was an expansion of the UN Interim Force in Lebanon, a multinational peacekeeping body created in 1978. UN reports over the
Nov 15, 2019
◆ 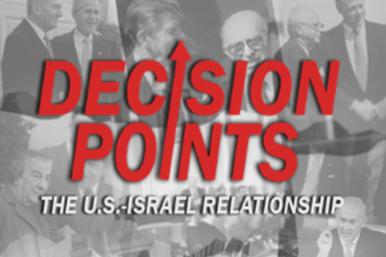 Multimedia
Podcast: Decision Points: The U.S.-Israel Relationship
"Decision Points" is a new podcast that is both a history lesson, a biography of the key Israelis and Americans that shaped the modern bond between the two nations, and a quest to understand how these decision points continue to reverberate today.
Nov 13, 2019
◆ 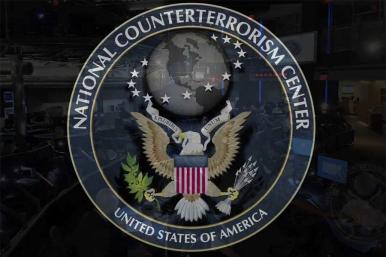 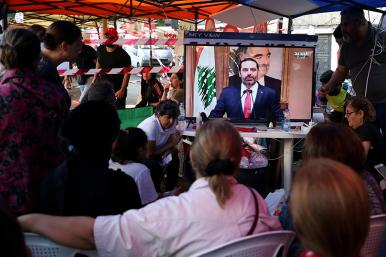 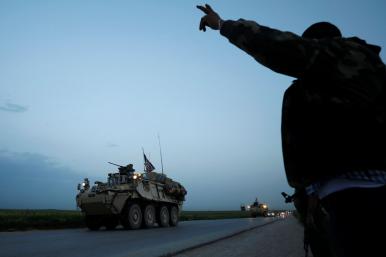 Video
Brief Analysis
The Islamic State in Syria: What's Next?
Three leading scholars assess the group’s status and ambitions following the death of its leader, and discuss how to handle the numerous potential supporters still residing in Syrian camps.
Nov 1, 2019
◆ 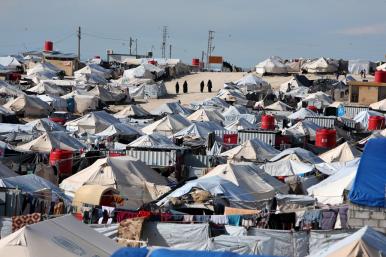 Maps & Graphics
In-Depth Reports
Wilayat al-Hawl: 'Remaining' and Incubating the Next Islamic State Generation
Even before the United States precipitously withdrew its troops from northern Syria in October 2019, observers fretted over the situation at al-Hawl refugee camp. The camp is populated predominantly by women and children and has drawn attention for its unsanitary conditions, inadequate medical care, lack of education for children, and
Oct 18, 2019
◆ 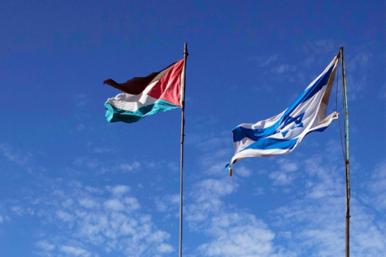 Video
Brief Analysis
Jordan-Israel Peace at Twenty-Five: Past, Present, and Future
Watch as two pioneers of Israeli-Jordanian peace assess the state of their countries' relations on the 25th anniversary of their historic 1994 peace treaty.
Oct 11, 2019
◆ 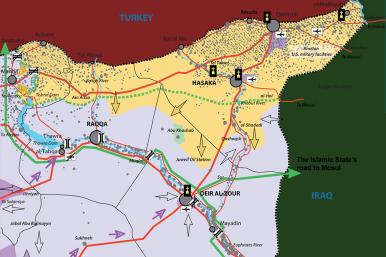 Maps & Graphics
Brief Analysis
What Is Iran Up To in Deir al-Zour?
Tehran and its proxies have been exerting hard and soft power in northeast Syria, combining military consolidation with economic, social, and religious outreach in order to cement their long-term influence.
Oct 10, 2019
◆ 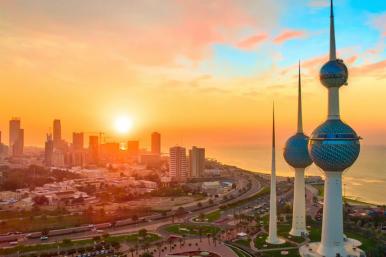 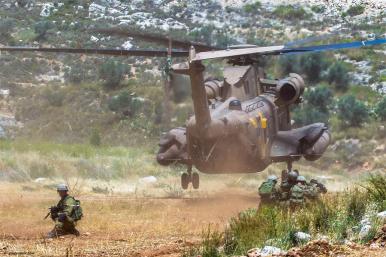 Maps & Graphics
In-Depth Reports
Guidelines for Israel's National Security Strategy
This new study examines the current map of Israel’s threats and proposes principles to address them as the basis for a comprehensive national security strategy.
Oct 2, 2019
◆ 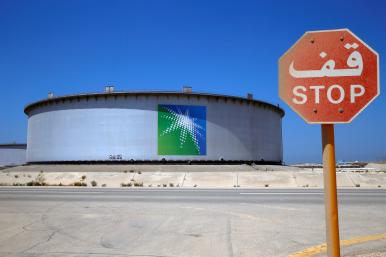 Video
Brief Analysis
Responding to the Saudi Oil Attack: A Challenge for U.S. Policy
Three experts discuss Washington’s potential reaction, which will have powerful implications not only in the Gulf states, but everywhere that America and its allies face off against Iran and its proxies, from Iraq to Lebanon to Gaza.
Oct 1, 2019
◆ 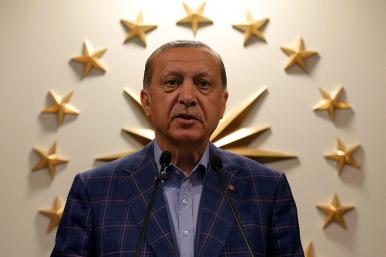 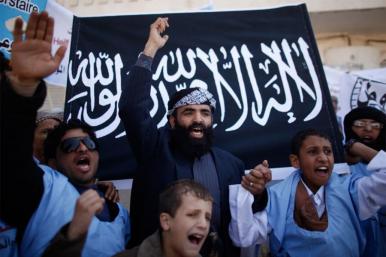 Maps & Graphics
In-Depth Reports
Defeating al-Qaeda's Shadow Government in Yemen: The Need for Local Governance Reform
Recent U.S. attention in Yemen has focused largely on the war against the Iranian-backed Houthis, but another threat endures: al-Qaeda in the Arabian Peninsula. U.S. efforts to confront AQAP have historically relied on counterterrorism approaches such as air and drone strikes, direct-action raids, and partnerships with indigenous and coalition security
Sep 19, 2019
◆ 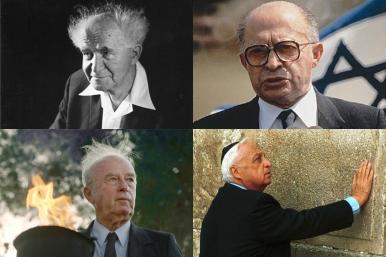 Video
Brief Analysis
How Israel's Most Important Leaders Shaped Its Destiny
Two Washington Institute fellows join the children of former Israeli prime ministers to discuss how their legacy of leadership informs the country’s biggest looming challenge: maintaining the possibility of separation from the Palestinians.
Sep 9, 2019
◆ 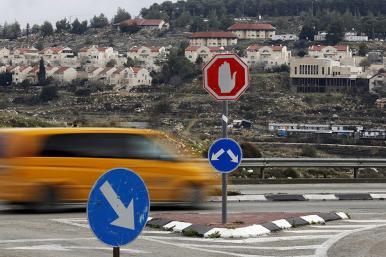