by Kristian Coates Ulrichsen, Simon Henderson
About the Authors

Simon Henderson
Simon Henderson is the Baker fellow and director of the Bernstein Program on Gulf and Energy Policy at The Washington Institute, specializing in energy matters and the conservative Arab states of the Persian Gulf.
In-Depth Reports

or see Part 1: The King Is Dead! Does It Matter? Sudden Succession Essay Series

In a Gulf region experiencing sharp tensions, how might a leadership transition in Kuwait affect a much-needed node of stability?

The Washington Institute has been sponsoring a series of discussions about sudden succession in the Middle East. Each session focuses on scenarios that might unfold if a specific ruler or leader departed the scene tomorrow. Questions include these: Would the sudden change lead to different policies? Would it affect the stability of the respective countries involved, or the region as a whole? What would be the impact on U.S. interests? Would the manner of a leader's departure make a difference? The discussions also probe how the U.S. government might adjust to the new situation or influence outcomes.

This essay, seventh in the series, discusses Kuwait, a small, oil-rich country surrounded by big neighbors with which relations have often been uneasy. Its leader, Emir Sabah al-Ahmad al-Sabah, is ninety years old and apparently in fragile health. His immediate heir, half-brother Nawaf, is not much younger at eighty-two. More important, perhaps, Nawaf lacks the current emir's adeptness as a diplomat. In a Gulf region experiencing sharp tensions, Sabah's exit will remove a much-needed node of stability. Whoever ultimately takes the helm will have a substantial legacy to uphold.

Kristian Coates Ulrichsen is the Fellow for the Middle East at Rice University’s Baker Institute for Public Policy, where his work focuses on the international relations, international political economy, and security of Arab Gulf states.

Simon Henderson is the Baker Fellow and director of the Bernstein Program on Gulf and Energy Policy at The Washington Institute, where he specializes in energy matters and the conservative Arab states of the Persian Gulf.

This essay, first in the series, sets the scene by asking whether a major leader’s departure is necessarily history changing. Martin Kramer examines past cases of unexpected departures of twentieth-century regional leaders, in Egypt, Iraq, Israel, Jordan, Lebanon, and Saudi Arabia. He suggests that the impact depends mostly on where the hand of fate interrupts the leader’s career. Paradoxically, the more successful a leader has been in realizing his larger goals, the less consequential his exit.

2 | SUDAN: THE END COMES FOR BASHIR

This essay, second in the series, looks at the extremely fluid situation in Sudan, where on April 11 the military ousted longtime president Omar al-Bashir. The move followed months of peaceful protests, and appeared to mark a major turning point for the country. Still, what comes next remains uncertain, even as an interim military council has promised that the new government will be civilian run. A surprise to some will be Sudan’s tradition of democracy and vibrant civil society, possibly offering hopes for a more pluralistic, open country that could inspire similar movements elsewhere in the region.

3 | A FIFTY-YEAR REIGN? MBS AND THE FUTURE OF SAUDI ARABIA

This essay, third in the series, shifts the lens to Saudi Arabia, rather ‎well known for eccentric leadership transitions since the modern kingdom was founded in 1932. One ‎monarch, Saud, was forced to abdicate in 1964 under family pressure. The next, Faisal, was assassinated in 1975 ‎by a nephew. King Khalid followed, but he was just a figurehead. And so on until the thirty-three-year-old ‎phenomenon known as MbS, a modernizer who has quickly gained notoriety for his reckless administrative ‎style. Whether he ultimately ascends the throne will entail plenty of plot twists, but it also holds serious ‎implications for the kingdom, the future of the region, and U.S. interests‎.

4 | LEBANON: LEADERSHIP OF THE STATE AND THE STATE WITHIN

This essay, fourth in the series, examines Lebanon, a country sharply divided along sectarian lines and burdened by interference from abroad. The Taif Accord, which ended Lebanon’s civil war almost three decades ago, stipulated that the country’s president be Christian, the prime minister be Sunni, and the parliament speaker be Shia. Today, two of these figures—President Michel Aoun and Parliament Speaker Nabih Berri—are in their eighties, and both demonstrate sympathy for Hezbollah, the Shia militia and party that serves as a national power broker. The group will wield influence in any future leadership transition, but political and financial problems, arising from its involvement in the Syrian war and U.S. sanctions on its Iranian sponsor, could make for uncomfortable days ahead.

5 | MBZ AND THE FUTURE LEADERSHIP OF THE UAE

This essay, fifth in the series resulting from these sessions, spotlights the United Arab Emirates, the seven-member Gulf federation formed in 1971. Each emirate ostensibly enjoys equal status within the collective, but Abu Dhabi is the recognized capital and holds by far the most political and economic clout. Its de facto leader, Muhammad bin Zayed al-Nahyan, or MbZ, is therefore at the center of this study. But attempts by MbZ to consolidate power in Abu Dhabi and to pursue an activist regional foreign policy have drawn criticism from the other emirates, including Dubai. If a compromise candidate eventually emerges to lead the UAE, it could reshape the country’s posture in the region as well as relations with the United States.

This essay, sixth in the series, examines the issue of transnational marjaiya, the highest clerical rank in Shia Islam. The current officeholder is eighty-nine-year-old Ali al-Sistani, who is based in Najaf, Iraq. Sistani has played an important role in Iraq’s post-Saddam era, supporting political reconciliation and a constitution-based society. He also opposes the “rule of the jurist” concept embodied by the Supreme Leader of Iran, Ali Khamenei. While the transnational reach of marjaiya will likely diminish after Sistani leaves the scene, the specific contours of this shift and Tehran's efforts to intervene remain an open question.

7 | KUWAIT: A CHANGING SYSTEM UNDER STRESS

This essay, seventh in the series, discusses Kuwait, a small, oil-rich country surrounded by big neighbors with which relations have often been tense. Its leader, Emir Sabah al-Ahmad al-Sabah, is ninety years old and apparently in fragile health. His immediate heir, half-brother Nawaf, is not much younger at eighty-two. More important, perhaps, Nawaf lacks the current emir’s adeptness as a diplomat. In a Gulf region experiencing sharp tensions, Sabah’s exit will remove a much-needed node of stability. Whoever ultimately takes the helm will have a substantial legacy to uphold. 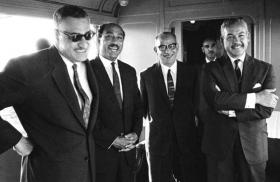 The King Is Dead! Does It Matter?

Preparing for Orderly Change in Jordan When the Time Comes 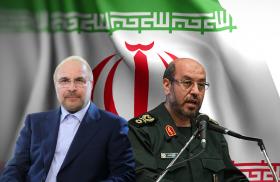