by Shaina Katz
Also available in
About the Authors

Shaina Katz
Shaina Katz is the Managing Editor for Communications at The Washington Institute. Previously, she was a 2019-2020 Research Assistant with the Institute's Fikra Forum.
Brief Analysis

Today, over 2 billion people live in water-stressed regions around the globe, and that number is expected to reach as high as 5 billion by 2050. Areas that already face severe water shortages—including parts of the United States—are expected to bear the brunt of this new reality.

Located in the most water-scarce region of the world, Israel is leading the way in developing innovative technologies for this sector. From water recycling to desalination and drip irrigation, Israeli companies are at the forefront of marrying ingenuity and science to ameliorate this global problem.

One company, Watergen, has developed technology that pulls drinking water from the air using solar energy. It is currently being used in sixty-five countries around the world, from the Gaza Strip (where it supports entire hospitals) to rural villages in Central Africa. In the western United States, water-from-air generators provide everyday access to clean drinking water, while Watergen’s emergency response vehicles have provided water for officials battling California forest fires.

Israel has also made major breakthroughs in purification and desalination technologies, which produce safe drinking water from resources previously unfit for that purpose. Traditionally, desalination tech is very expensive, but Israeli advances have made it much cheaper—one-third the cost of methods used in the 1990s. By expanding its desalination program, Israel is now able to export water to other countries facing shortages, such as Jordan. One Israeli company has shared that success with the United States by designing what it describes as America’s “largest, most technologically advanced and energy efficient seawater desalination plant” in San Diego. The facility now delivers almost 50 million gallons of water, which can serve around 400,000 people.

In the agricultural sector, Israel’s irrigation technologies help feed an estimated one billion people around the world, from Italy to Turkey to India. These inventions have enabled water-stressed communities to conserve this precious resource by pumping it through tubes directly to a plant’s roots, reducing water consumption up to 60 percent and increasing crop yield by 90 percent.

This article is an update of the Washington Institute report Asset Test 2021: How the U.S. Can Keep Benefiting from Its Alliance with Israel, by Michael Eisenstadt and David Pollock. 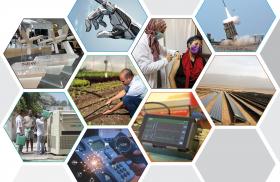 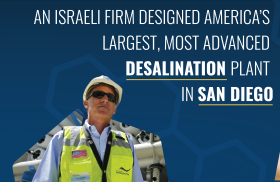 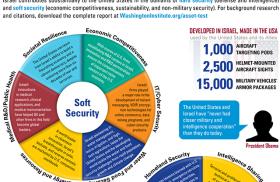