Hamdi Malik
Hamdi Malik is an Associate Fellow with the Washington Institute, specializing in Shia militias. He earned his doctorate at the school of social, political and global studies, Keele University. He is a co-founder of the Militia Spotlight platform, which offers in-depth analysis of developments related to the Iranian-backed militias in Iraq and Syria. He is the coauthor of the Institute's 2020 study "Honored, Not Contained: The Future of Iraq’s Popular Mobilization Forces."
Alex Almeida
Alex Almeida is the head security analyst at a leading risk advisory firm.
Anwar al-Zamani

Anwar al-Zamani is an Iraqi expert on Iran-backed militias and their use of drones and other technologies. He is a contributor to the Militia Spotlight platform, which offers in-depth analysis of developments related to the Iranian-backed militias in Iraq and Syria.

Ahrar Sinjar is a worrying example of Iran-backed militias utilizing micro-minorities to undertake cross-border rocket attacks into the Kurdistan Region of Iraq and terrorist cell-building inside Iraqi Kurdistan.

The online brand Ahrar Sinjar (Free People of Sinjar) became active February 3, 2022, and has claimed four attacks on Turkish targets in the Kurdistan Region since then. It represents a return to the classic facade formula: an online brand that partially conceals the real-world fasail undertaking attacks, in this case Yazidis recruited by Iran-backed militias carrying out attacks on Turkish and Kurdish targets.

Ahrar Sinjar's first claimed attack was the February 3, 2022, 122 mm rocket attack on Turkey's base at Zilkan. This attack was claimed by Ahrar Sinjar and took place the night after a heavy Turkish airstrike on February 2 on Sinjar Resistance Units (YBS) operating under the umbrella of the 80th Popular Mobilization Forces (PMF) brigade.

Other evidence suggests the kinetic cells that form the basis of Ahrar Sinjar have undertaken at least four other attacks on Turkish bases in Iraqi Kurdistan and were planning to commence a broader terrorist campaign within the Kurdistan Region of Iraq. Ahrar Sinjar claimed the April 3 attacks by a truck-mounted 122 mm multiple rocket launcher and an April 4 122 mm attempted attack. Most recently, Ahrar Sinjar claimed a drone attack on Zilkan on May 21, with unproven claims that between four and ten drones were used, and with one apparent non-Turkish fatality caused.

Penetration of the Kurdistan Region by Yazidi Militants

On May 16, 2022, the Kurdistan Regional Security Council (KRSC) issued a seventeen-minute video in which four Yazidi suspects were accused of smuggling 107 mm rockets into Iraqi Kurdistan for the purpose of rocketing a political office, two local dams, plus a small power station and an electrical substation.

Of interest, the training received by the alleged terrorist cell intersected with 80th PMF brigade locations such as Tal Uzayr/Qahtaniyah, and involved other PMF units (Kataib Hezbollah and the 53rd PMF brigade (Imam Hussein) that have provided training and financial support to the YBS since they were incorporated into the PMF.

From a weapons intelligence point of view, a signature piece of equipment turned up in the February 3, 2022, rocket attack on Zilkan and the May 16 video of the detained cell's nine-rocket arsenal. This commonality is the green timers with white tape patches, which are quite a unique piece of kit (see figure 1).

These factors suggest that the same group (which claimed four attacks as Ahrar Sinjar) also undertook unclaimed attacks on January 15 and supplied the May 16 cell.

What We Know About Ahrar Sinjar

Based on observed evidence and the KRSC video, the Ahrar Sinjar brand and the three known kinetic cells detected so far have the following characteristics:

The phenomenon of Iran-backed fasail using micro-minorities is very well-established: Abu Mahdi al-Muhandis built out Shabak, Turkmen, and purportedly Christian units of the PMF that were especially close to their Iranian Islamic Revolutionary Guard Corps handlers. More recently, some of the rocket attacks into the Kurdistan Region have come from villages of the Kakai micro-minority in parts of the Nineveh Plains closest to targets in Erbil. On April 15, 2022, the fasail launched a drone attack on the Kurdistan Region's oil export pipeline from a base of the 78th PMF brigade (a Sunni auxiliary unit called Nawadir) north of Zummar town. The mass adoption of more than three thousand Yazidi fighters into the 80th PMF brigade has similarly created a recruitment pool for terrorist operations. This is an evolution that should be closely followed and will be in forthcoming Militia Spotlight coverage. 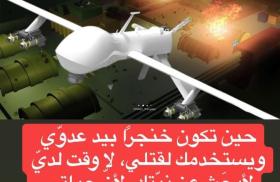