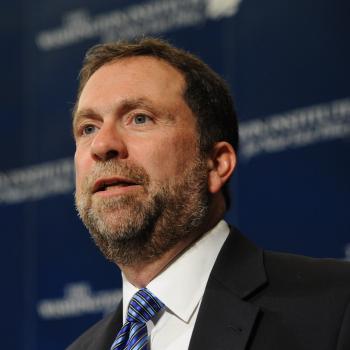 Robert Satloff has served since 1993 as executive director of The Washington Institute. In that capacity, he oversees all Institute operations and leads the organization's unparalleled team of Middle East scholars, experts and policy practitioners. He also holds the Institute's Howard P. Berkowitz Chair in U.S. Middle East Policy.

An expert on Arab and Islamic politics as well as U.S. Middle East policy, Dr. Satloff has written and spoken widely on the Arab-Israeli peace process, the challenge of Political Islam, and the need to revamp U.S. public diplomacy in the Middle East.

Soon after the September 11 attacks, Dr. Satloff and his family moved to Rabat, capital of Morocco, and for more than two years, he traveled throughout the Middle East and Europe and wrote extensively on ways to inject urgency and ideas into the ideological campaign against radical Islamism. That is the topic of his collection of essays, The Battle of Ideas in the War on Terror: Essays on U.S. Public Diplomacy in the Middle East (The Washington Institute, 2004).

During his time abroad, Dr. Satloff's personal research focused on unearthing stories of Arab "heroes" and "villains" of the Holocaust, drawing on archives, interviews, and site visits in eleven countries on four continents. His discoveries, which helped convince the German government to award compensation to Jewish survivors of labor camps in North Africa, are the subject of his bestselling book, Among the Righteous: Lost Stories of the Holocaust's Long Reach into Arab Lands (PublicAffairs, 2006). In 2010, PBS aired a one-hour documentary, hosted by Dr. Satloff and produced with MacNeil-Lehrer Productions, based on Among the Righteous. Listen to a podcast of Dr. Satloff discussing Among the Righteous as part of the U.S. Holocaust Memorial Museum's Voices on Antisemitism series.

In addition, Dr. Satloff is the creator and host of Dakhil Washington ("Inside Washington"), a news and interview program that has appeared weekly since 2005 on al-Hurra, the U.S. government-supported Arabic satellite television channel that beams throughout the Middle East. In that capacity, he is the only non-Arab to host a program on an Arab satellite channel. 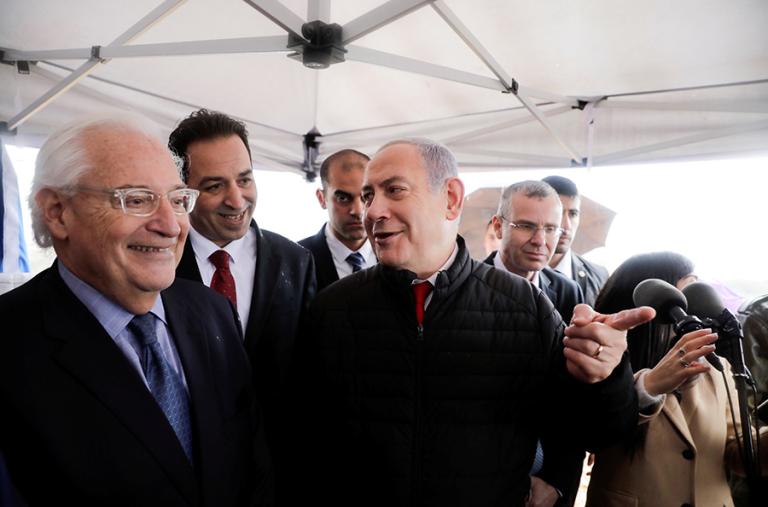 Wrestling with Annexation:
The Elusive Search for a Policy Rationale
A potential Israeli push to annex parts of the West Bank threatens to upend a reasonably tolerable and surprisingly stable status quo to achieve dubious benefits at significant cost.
Jun 11, 2020
◆ 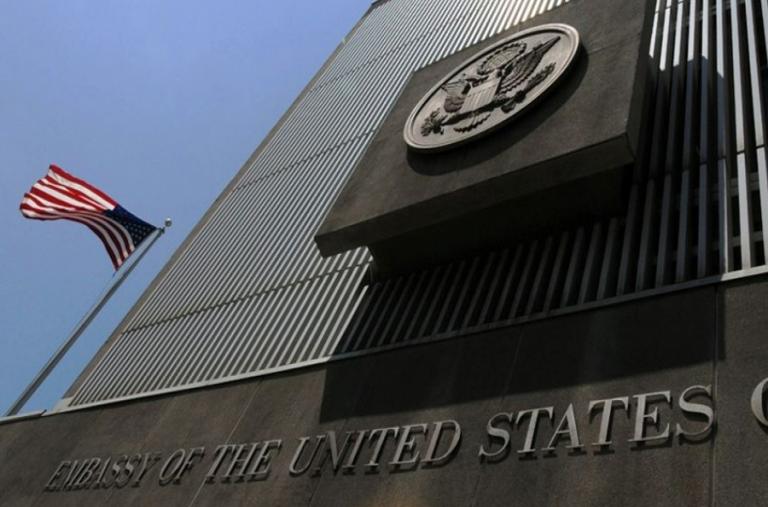 Maps & Graphics
Moving the U.S. Embassy to Jerusalem:
From Campaign Promise to Policy Challenge
If President Trump decides to honor his commitment to relocate the U.S. embassy in Israel from Tel Aviv to Jerusalem
Jan 17, 2017
◆ 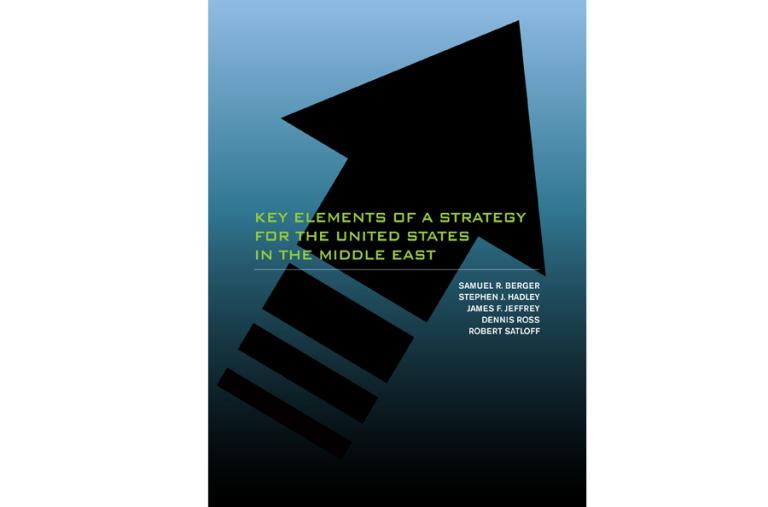 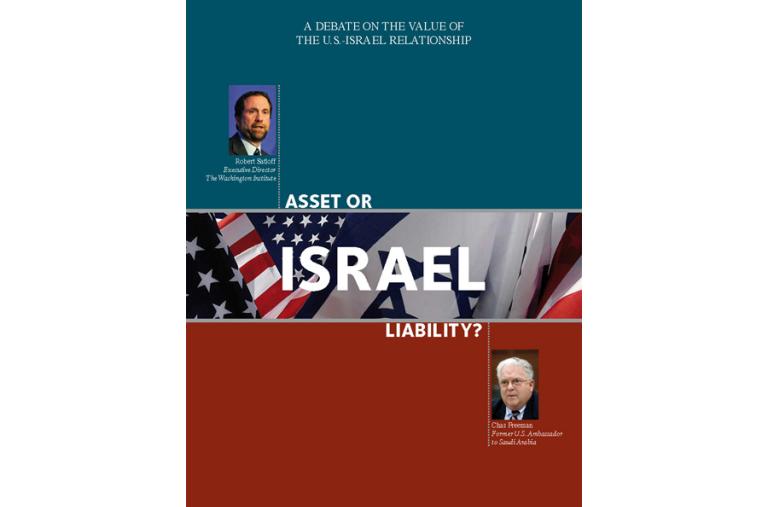 Israel: Asset or Liability?
A Debate on the U.S.-Israel Relationship
Is Israel an asset or liability to the United States? This question -- which goes to the heart of U.S
Mar 3, 2011
◆ 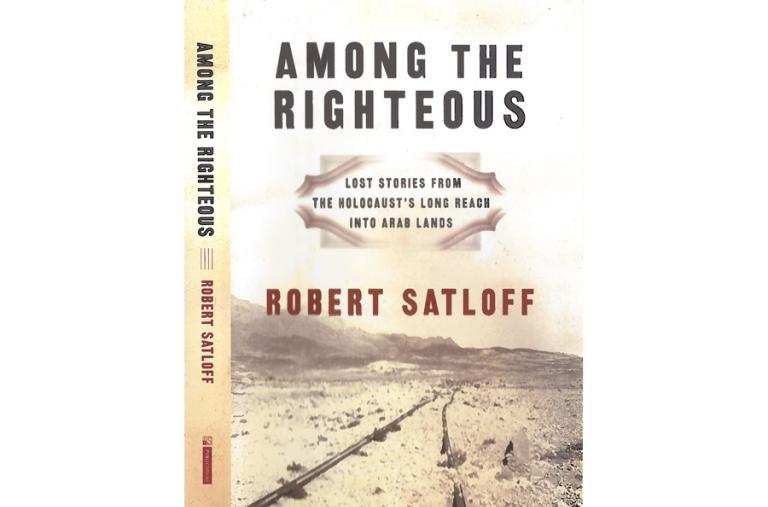 Among the Righteous:
Lost Stories from the Holocaust's Long Reach into Arab Lands
Seeking a hopeful response to the plague of Holocaust denial that swept across the Middle East, one author set off on a quest to find an Arab hero whose story could change the way local communities view Jews, themselves, and their own history.
Oct 30, 2006
◆ 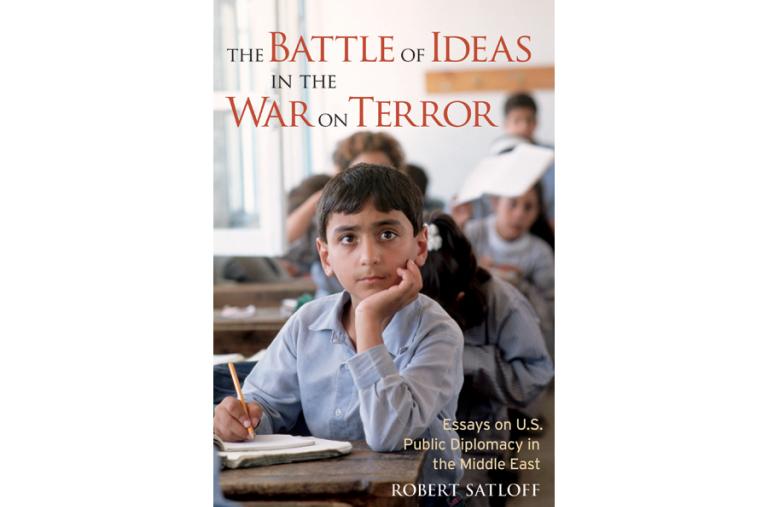 The Battle of Ideas in the War on Terror:
Essays on U.S. Public Diplomacy in the Middle East
Introduction Even before the flames raging within the twisted steel of the fallen World Trade Center towers were extinguished, a
Oct 25, 2004
◆ 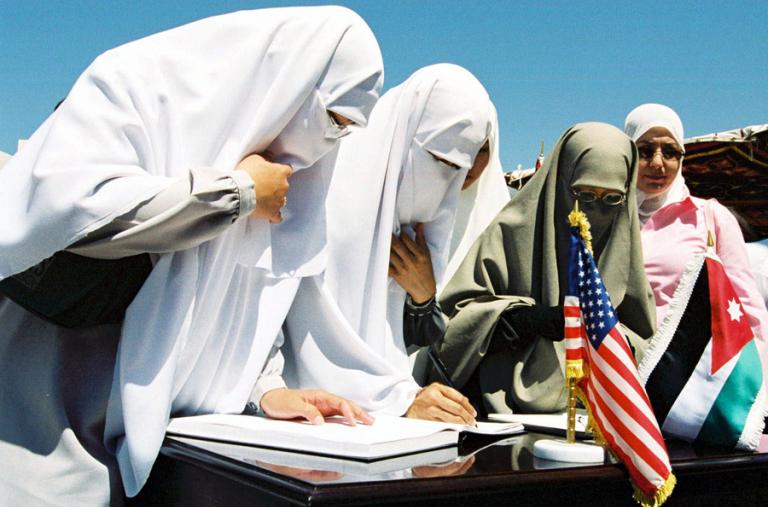 Assessing What Arabs Do, Not What They Say:
A New Approach to Understanding Arab Anti-Americanism
Instead of focusing on what Arab publics say, this study argues, U.S. policy would be better informed by paying close attention to what Arab publics do.
Jul 11, 2006
◆ 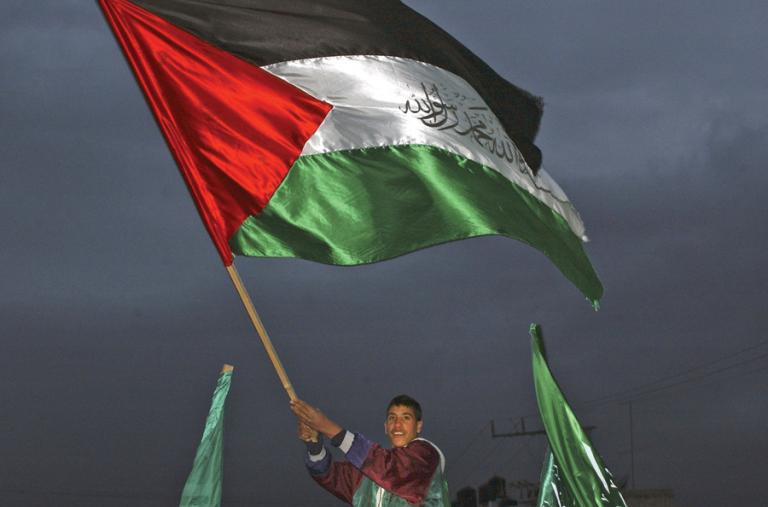 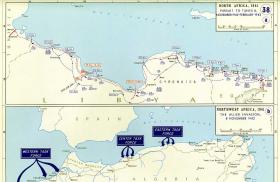 Articles & Testimony
From Torch to Tunis to El Alamein: Events 80 Years Ago Made the Modern Middle East
Nov 6, 2022
◆ 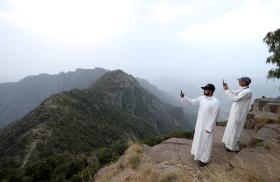 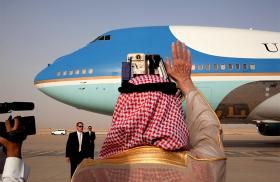 Articles & Testimony
One Small Handshake for the United States, One Giant Leap for U.S.-Saudi Relations
Jun 29, 2022
◆