The Gulf's View on Washington's Plan B for Iran

by Barbara A. Leaf, Ali Shihabi
About the Authors

Barbara A. Leaf
Ambassador Barbara A. Leaf was the Ruth and Sid Lapidus Fellow at The Washington Institute and director of the Geduld Program on Arab Politics from 2018-2021.

Can Washington turn its Arab partners' favorable rhetoric on the administration's new Iran policy into concrete actions to curb Tehran's regional adventurism? Join us for an expert conversation and live webcast on Tuesday, June 5.

Soon after President Trump announced America's withdrawal from the Iran nuclear deal, Saudi Arabia and other Gulf kingdoms were among the few U.S. partners to praise the move. Can the administration build on this support and convince them to cooperate on a new set of policy initiatives aimed at curbing Tehran's regional adventurism, particularly in Syria? In turn, what will Riyadh, Abu Dhabi, and other Gulf capitals expect the United States to do now that the JCPOA gauntlet has been thrown? To address these questions, The Washington Institute hosted a Policy Forum with Ambassador Barbara Leaf and Ali Shihabi.

Barbara Leaf, the Institute's Rosenblatt Distinguished Visiting Fellow, recently retired from the State Department after years of exemplary service in numerous senior posts, including ambassador to the United Arab Emirates, deputy assistant secretary for the Arabian Peninsula, and director of the Office of Iranian Affairs.

Ali Shihabi is founder of the Arabia Foundation in Washington, a board member of the International Crisis Group, and author of the book The Saudi Kingdom: Between the Jihadi Hammer and the Iranian Anvil (2015). 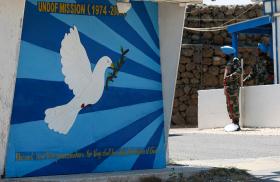 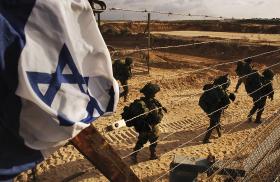 Brief Analysis
Sword of Jerusalem vs. Guardian of the Walls: Gaza and the Next Lebanon War
Jun 15, 2021
◆ 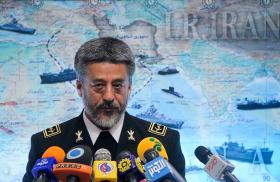