Qais al-Khazali Doubles Down on His Muqawama Membership

by Hamdi Malik, Michael Knights, Crispin Smith
Also available in
About the Authors

The militia leader has not hesitated to provide court-quality evidence that he and his movement Asaib Ahl al-Haq are actively involved in attacks on U.S. forces.

In his remarks, Khazali once again implicated his group as one of the militias behind attacks against the coalition and U.S. interests in Iraq, stating: “In this past period, mediators and political figures intervened saying: the operations are on the rise, and they create problems...They asked for a truce so that the government can sort out the issue. We said we are ready for this...The prime minister sent [Badr Organization leader] Hadi al-Ameri, saying, 'The circumstances [are complicated]...and Trump’s tenure is coming to an end. The situation might escalate'...We told [Ameri] we agree on one condition...The PM should at least form a committee and say this committee’s responsibility is to discuss the U.S. presence.”

Khazali continued: “The truce is over...now it’s war...Except for the American embassy...and Balad base...any U.S. military presence is targetable by the fasail [armed groups] of the Iraqi muqawama, and the decision is to escalate the operations in terms of quantity and quality.” In November 2020, he offered similar comments about the end of the truce, indicating that his militia was one of the groups behind attacks against U.S. forces and interests: “We said that our decision is to escalate and even to resort to special operations...Right now, our purpose is to make the Americans believe that we have the ability and weaponry to not allow them [to stay in Iraq], and they will find out that the cost of keeping their forces in Iraq is very high.”

As Militia Spotlight noted on May 14, some militias are increasingly using drones to carry out sophisticated attacks against the coalition. In his June 1 interview, Khazali emphasized this decision to increase drone operations: “[The drone] exists, it’s been launched...[Drones] targeted al-Asad [Air Base], but this was not the only [target], and the hit was so accurate it amazed the American side for two reasons. One because of the intel that this [specific] target was hit, which was a radar related to the Patriot [missile defense system]...Inside the fortified base, there was more fortification for this radar or technical piece...How this drone was able to penetrate all fortifications...and hit the target accurately and enter [the fortifications] from a distance of two or three meters [amazed the Americans]. This weapon exists and we are proud of it, and we have more [sophisticated weapons]. The muqawama fasail have more, I’m not talking about myself only.”

Other Findings from Khazali's Interviews

Khazali is not hiding his involvement in attacks or utilizing facade groups as a way of avoiding culpability in acts of terrorism. By contrast, he is actively incriminating himself. Interviews like this constitute important evidence regarding not only the general role that Iran-backed militias play in attacking coalition forces, but also AAH and Khazali’s specific role in attacks (which are usually either unclaimed or claimed by fake facade groups). His interview statements are made in his individual capacity as a senior muqawama leader and his representative capacity as secretary-general of AAH. Throughout the June 1 interview, he uses “we” when speaking about decisions and actions undertaken by the muqawama, and makes statements adopting muqawama actions, decisions, and capabilities. He has made similar admissions in past remarks and made no secret of his role in the muqawama. In November, for example, he told an interviewer, “I’m talking about myself and those I know, those considered the core element and heart of the muqawama.” 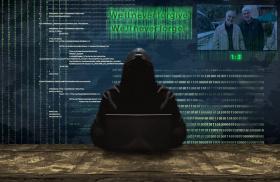 Brief Analysis
The KRG Turns Thirty: The Future of U.S.-Kurdish Relations in Iraq
May 23, 2022
◆