Iranian Suspicions About the IAEA

Steven Ditto, a 2013 adjunct fellow with The Washington Institute, is an independent Middle East researcher who specializes in law, human rights, and education. He reads French, Arabic, and Farsi and has written extensively on topics related to Islamic law and history, religious freedom and women

Iranian elites continue to express skepticism about the International Atomic Energy Agency's verification measures, nuclear safeguards agreements, and impartiality, with some even accusing it of collusion with foreign intelligence agencies.

On March 19, Fereydoun Abbasi-Davani went on the record for the first time since his February 2011-August 2013 tenure as head of the Atomic Energy Organization of Iran (AEOI), speaking at length with conservative media outlets Mashregh News and Raja News. Similar to past comments, he accused the International Atomic Energy Agency (IAEA) of poorly safeguarding inspection data and thus tacitly colluding with foreign intelligence agencies. As a result, he argued, Tehran has been forced to scale down its cooperation with the agency. Other Iranian elites, including President Hassan Rouhani, have gone further still, directly accusing high-ranking IAEA officials of espionage and taking issue with international arms-control treaties and safeguards. Regardless of whether such allegations have any merit, they highlight the challenges the agency will continue to face in securing full Iranian compliance.

ABBASI ON THE IAEA

Abbasi's criticism echoed a common theme in Iranian political circles: that the IAEA's lack of concern for information security has directly led to the sabotage of nuclear facilities. "We do not say that international inspectors are spies, we do not say that the agency is connected to terrorists and saboteurs," he cautioned. "What we are saying is that they do not keep data secure. Information on Iran is stored on sites that can be infiltrated by hackers in the West...Can it not be seen how our scientists are assassinated and our [nuclear] sites are sabotaged?"

Abbasi then justified Tehran's rifts with the agency, specifying the crucial "Design Information Questionnaire" (DIQ) as an area of concern. "The DIQ has information relevant to the design and development of our facilities, and these reports declare whether a piece of equipment such as a pump has been installed or not," he elaborated. "As a result, intelligence agencies can find information on companies that supply these pumps and put pressure on them, allowing the components of our industry to be sabotaged. For example, if it is an electronic system, then viruses can be implanted in them, or parts can be changed to corrode a system. At one point we had purchased vacuum valves...and changes were made so the UF6 [uranium hexafluoride] was eaten away." He concluded, "In such cases, we must consider our interests...In these circumstances, we are not giving information to the agency. We protect it so it is not used by terrorists. Of course, the DIQ is made available, but after that, the process [of cooperation] lapses." He also claimed that "a few years earlier," the "vessel" for the Arak heavy-water reactor was moved from its production facility in secret after Iranian intelligence warned that it might be targeted by "Stinger missiles."

This week's interviews are not the first time Abbasi has spoken about Iran misleading the IAEA. In September 2012, on the sidelines of the IAEA General Conference in Vienna, he stated that Tehran had "occasionally provided false information in order to protect our nuclear sites and achievements." In his view, it was "unavoidable to mislead other intelligence agencies" once they had purportedly infiltrated the IAEA's ranks or gained easy access to information from inspectors. During his September 17 conference speech, he also suggested IAEA complicity in explosions that had caused a power outage at the Fordow uranium enrichment facility the month before, an incident that was quickly followed by a request for an unannounced inspection. "What we reject is that the agency deals with us as if we are guilty in advance, and that we must prove to them our innocence," he concluded.

Abbasi is not the only Iranian official to admit shortcomings in Tehran's cooperation with the IAEA. In a 2012 memoir detailing his 2003-2005 tenure as head nuclear negotiator, President Rouhani himself wrote, "It is possible we could have said things to the agency that were a form of negligence, but the reason for this negligence was their own violations...It is their duty under the Nonproliferation Treaty [NPT] to help us. But, their violations have forced us to hide things…Since they regularly commit violations…we had no choice but to refrain from announcing certain things."

The memoir also targeted IAEA personnel individually. For example, Rouhani accused Pierre Goldschmidt, former head of the agency's Department of Safeguards, of "not cooperating correctly," "getting orders from others," and "being a troublemaker." He leveled similar charges against Chris Charlier, the former head of the IAEA's Iran inspection team, who was one of thirty-eight inspectors barred from the country in 2006. Former foreign minister Ali Akbar Velayati, who remains a close advisor to Supreme Leader Ali Khamenei, encapsulated these sentiments among Iran's political elite best in a 2003 interview: "How can Iran and its government open its secret and top secret facilities to people who may be spying for different countries? How can we entrust our fate and the authority of our country to these suspicious bodies that are full of agents of major powers? Is there a better way of exposing our country's secrets?"

Beyond questioning the IAEA's operations, top officials have also opposed its nuclear safeguards agreements and arms-control treaties. For instance, on the eve of concluding an October 2003 agreement with the agency, the reformist-majority Iranian parliament proposed a "triple urgency motion" that would have required the government to sign and permanently implement the IAEA's Additional Protocol -- a sticking point over the past decade of nuclear negotiations. Yet Rouhani and then-president Muhammad Khatami, concerned that the motion would create a "legal obligation" for the government, personally intervened with Majlis speaker Mehdi Karrubi to scuttle it. In fact, Rouhani's opposition to permanent implementation of the Protocol was so strong that he threatened to resign his post as nuclear negotiator if the measure was even brought to the floor for a vote. "Fortunately it was blocked," he wrote in his memoir.

Such sentiment also applies to international treaties that are usually considered beyond reproach. In a 2005 speech, for example, Rouhani stated that the Iranian government "can leave international arrangements anytime we want. Some even say we should leave the NPT. We have always been faced with this possibility and can do so anytime we want." Not even the UN-sponsored Comprehensive Nuclear Test Ban Treaty has been spared criticism. In 2005, current AEOI head Ali Akbar Salehi expressed concern that potential Majlis ratification of the treaty would deprive Iran of crucial nuclear knowledge: "In a country such as ours, we can write software to imitate nuclear tests. But such experiments will have no value because we are not certain about the validity of the data."

During his interviews this week, Abbasi spoke from a secure facility at Ferdowsi University in Mashhad, where he has returned to teaching nuclear physics. He is nervous about his personal safety, having survived a 2010 assassination attempt in which another scientist was killed. At the time, Abbasi was a leading nuclear scientist under sanction by UN Security Council Resolution 1747 for suspected links to secret nuclear activities. He commented on the chilling effect that such assassinations have had on nuclear education: "Some are scared to enter this field, while others daringly enter it, just as in war when some troops flee and others volunteer to be soldiers."

As an appointee of former president Mahmoud Ahmadinejad, Abbasi also felt no qualms about criticizing the Rouhani administration and the trajectory of the current nuclear negotiations. "The energy debate in countries should not be turned into street debates that everyone can offer their view on," he argued. "I am very upset that in the presidential campaign, a candidate could speak of 'spinning centrifuges' and connect it with people's lives...The happenings of people's lives and another factory with centrifuges have nothing to do with each other."

While political elites such as Abbasi might accede to baseline cooperation with the IAEA as a necessary measure to remove Iran's nuclear dossier from international scrutiny and bolster its economic and military development, suspicion of the agency appears to be the rule rather than the exception among many in Tehran. Given this problematic attitude toward international nuclear norms -- a mix of partial external cooperation and tacit internal opposition -- the IAEA will likely face significant challenges as it seeks to secure full Iranian compliance, implement its Framework for Cooperation, and verify the history of Iran's nuclear program.

Steven Ditto is an independent Middle East researcher and author of the Washington Institute studies Reading Rouhani: The Promise and Peril of Iran's New President and Red Tape, Iron Nerve: The Iranian Quest for U.S. Education. 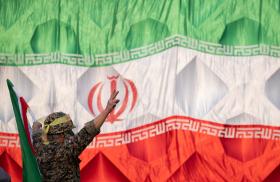 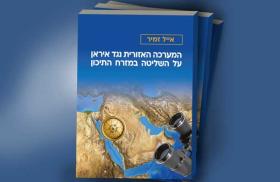