by Gadi Eisenkot
Also available in
About the Authors

On May 15, The Washington Institute hosted the 2019 Zeev Schiff Memorial Lecture on Middle East Security, delivered by former IDF chief of staff and current Institute military fellow Lt. Gen. Gadi Eisenkot. The following is a rapporteur’s summary of his remarks.

There are four main security threats facing Israel at the moment: (1) the nonconventional threat, whether coming from Iran or in the form of chemical weapons wielded by hostile actors, (2) the conventional threat of war, (3) the sub-conventional threat posed by fundamentalists in the region, and (4) the cyber threat. Over the past few years, the top priority of the Israel Defense Forces has been Iran’s vision for achieving nuclear capabilities, and, indeed, the 2015 nuclear deal marked a turning point. When agreeing to the Joint Comprehensive Plan of Action, the Iranians understood that it would be difficult to continue with their activities. Yet while they approved the deal due to tactical considerations, their quest for nuclear weapons continues. Israel has remained committed to preventing that outcome, but the IDF has simultaneously been able to focus on Syria, Lebanon, and the Palestinian arena.

A key aspect of Iran’s plan to achieve hegemony in the Middle East is its entrenchment in Syria. So far, the Islamic Revolutionary Guard Corps-Qods Force has built intelligence positions along the border between Syria and Israel, with similar plans to deploy air force capabilities. Over the past three years, the IDF has successfully conducted an ongoing campaign against Iranian activity in Syria, but there is an opportunity to improve international cooperation on this threat.

Another key security challenge is Hezbollah and its intention to infiltrate Israel in collaboration with the Qods Force. This is an offensive plan that aims to occupy a part of the Galilee and fire large numbers of rockets and missiles. Over the past four years, Israel gathered enough intelligence to identify Hezbollah’s tunnel network and destroy the entirety of this infrastructure via Operation Northern Shield several months ago. But while the border between Israel and Lebanon has been quiet since 2006, a potential next war with Hezbollah would be very difficult for both sides. To be sure, it would be shorter than the previous Lebanon war, and Israel would achieve its mission. But the IDF must still do everything possible to avoid war for the sake of both populations.

In the Palestinian arena, Hamas continually threatens Israel with terrorist attacks, and a sensitive situation has developed within the Palestinian Authority. The IDF and other Israeli apparatuses are looking to provide security, prevent terrorism, and separate terrorists from the general population, particularly by maintaining cooperation with Palestinian security forces. President Mahmoud Abbas understands the need for cooperation, since without it there would be constant clashes. While something comprehensive between Israel and the Palestinians in the near future seems farfetched, Israel should take steps to stabilize and foster cooperation.

In Gaza, terrorism continues along the border with Israel. These are not demonstrations; there is an intense, aggressive energy spurred by Hamas efforts to infiltrate Israel. The two sides have gone through several rounds of rocket fire and other hostilities lately, making Gaza the most explosive front Israel faces. The main objective is to deter Hamas and improve the security situation, in addition to promoting a long-term ceasefire and bringing Israeli civilians and soldiers captured by Hamas home. Israel has made significant efforts to stabilize the situation in Gaza by supporting economic development. Ultimately, Israel’s interest is to see a different atmosphere in the West Bank and Gaza.

Another mission for the IDF is to combat Islamic State elements in the Middle East. The U.S.-led operation against the group achieved decisive victory in Iraq and Syria, but the Islamic State as a phenomenon remains.

Israel has gone five years without a major conflict or war. At the same time, it now faces as many as four interlinked and potentially explosive fronts. In the past, the military was alternately either preparing for war or fighting war. In recent years, however, the IDF has developed the concept of a “campaign between walls,” which is meant to take the initiative and combat the enemy in a sophisticated, low-profile manner.

There are two historical figures who can shed light on the challenge Israel faces with its neighbors: Zeev Jabotinsky, who wrote in “The Iron Wall” that peace will only be possible when Arabs understand that they will not be able to defeat Israel by force, and David Ben-Gurion, who noted that although Israel cannot achieve a decisive victory by use of force, the Israeli state would cease to exist without it.

As for the United States, Israel’s relationship with Washington is a source of power projection in the Middle East, one characterized by full cooperation. Although Russia is now deeply involved in nearby Syria, there are safety measures in place enabling continued Israeli freedom of action. Thanks in part to a 2015 meeting between President Vladimir Putin and Prime Minister Binyamin Netanyahu, Israel has been able to conduct activities in Syria for the past three years while avoiding major friction with the Russian military. In particular, the Russians understand that if Israel learns of Iranian deployments within 100 kilometers of its border, it will have complete freedom of action. It is thus very difficult to see progress on other Syria issues without cooperation between the United States and Russia.

Israel has also forged close military cooperation with neighbors Greece and Cyprus. Furthermore, it places high value on its enduring peace treaty with Egypt—a country that has developed a strong military relationship with Israel’s other longtime treaty partner Jordan. The threats posed by the Islamic State and Iran have created new opportunities for cooperation with Cairo. Moving forward, people-to-people relations between Israelis and Egyptians must improve. Israel has a lot to contribute to Egypt, from agriculture to technology.

After seventy years of independence, Israel’s strategic position is a strong point. The IDF aims to deter enemies and project Israel’s power to the world, which will in turn enhance the country’s stability and development.

This summary was prepared by Basia Rosenbaum. 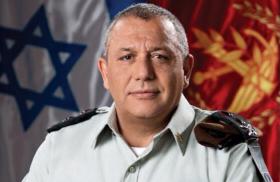 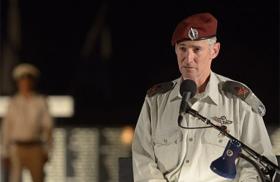