by Mehdi Khalaji
About the Authors

President Rouhani seems determined to maintain his influence over Iran's foreign policy, signaling a potential showdown with hardliners over continued support for the Assad regime.

Following the recent chemical strikes in Damascus, some analysts began to focus on whether Iranian president Hassan Rouhani had the will or ability to change the Islamic Republic's policy toward Syria (see PolicyWatch 2123). In the past few days, the "will" part of that question may have been answered: Rouhani and his allies seem to be using the chemical weapons controversy to pick their first major fight with domestic opponents. If so, the outcome of this fight -- as exhibited in how Tehran reacts to any military strikes by the United States and its allies -- will invigorate either the president or his critics. Based on the belief that successful foreign policy is the main key to ending Iran's economic crisis, Rouhani may have decided that he cannot cede the Syria issue, nuclear negotiations, or other diplomatic matters to the hardliners.

Various senior Iranian officials have publicly remarked on Syria since the August 21 chemical strikes. Rouhani and Foreign Minister Mohammad Javad Zarif criticized the use of chemical weapons on Twitter and Facebook, respectively, though both were vague about who conducted the attacks. And although Zarif blamed the Syrian rebels during a television interview, former president Akbar Hashemi Rafsanjani -- the Expediency Council chief who is widely seen as the eminence grise behind the Rouhani camp -- clearly blamed Bashar al-Assad. In a September 1 speech that was initially reported by state media but quickly censored, he said, "We are facing isolation, sanction, and boycott...but recently we witnessed a bigger danger. Now America, the Western world, and some Arab countries have almost made the noise of war heard...The Syrian people have suffered a lot in last two years. More than 100,000 people have been killed and about 8 million displaced. Prisons are filled with people. Some stadiums are used as prisons. On the one hand, people are attacked by their own government with chemical weapons, and on the other hand they are expecting American bombs." After the remarks sparked a firestorm of criticism, Rafsanjani released a statement about the importance of standing with the Syrian regime.

The discontent on Syria extends beyond Rouhani's team. In an August 31 op-ed in Bahar newspaper, Muhammad Ali Sobhani, Iran's former ambassador to Lebanon, implicitly compared Assad to Saddam Hussein. He also blamed the "autocracy" for what is happening in Syria, speaking of "autocratic governments that do not respect their people at all" and "autocrats who violated people's rights in the name of defending the resistance." In addition, he recommended that the government act cautiously to avoid getting Iran involved in a confrontation: "Every government is obligated to fulfill its national duties within the framework of national interests...Preventing war in Syria is good, but we should not link Iran's national interests to what is happening in Syria...Threatening and inflammatory statements are not necessary nowadays."

Interestingly, when an Iranian parliamentary delegation visited Damascus on August 31, it was the Syrian side (specifically Deputy Foreign Minister Faisal al-Meqdad) that declared "attacking Syria would be like attacking Iran." The Iranian side said nothing of the kind.

The hardline camp has doubled down on its support for Assad since the chemical attacks. During this weekend's visit to Damascus, for example, hardline parliamentarian Avaz Heidarpour Shahrezaei stated that the delegation's trip was intended to make up for the government's failure to fulfill its duty to back Assad. And during a leaked September 4 address to the Assembly of Experts, Qasem Soleimani, commander of the elite Qods Force, declared, "We will support Syria to the very end." The very fact that he was invited was unusual and indicative. Even Rouhani, a member of the assembly, did not speak until after Soleimani. The president reportedly mentioned Syria only briefly, stating "we continue our humanitarian help to the Syrian people" and emphasizing that Iran will condemn any foreign military intervention.

Meanwhile, assembly head Muhammad Reza Mahdavi Kani implicitly criticized Rouhani in his opening remarks: "We may not have voted for him, but he is the president of all of us. However, as Imam [referring to the late Ayatollah Ruhollah Khomeini] and the Supreme Leader [referring to Ali Khamenei] say in the Endorsement Ceremony, 'We do not endorse unconditionally.' Our congratulations and demands are also conditional."

As for the Islamic Revolutionary Guard Corps, senior officers have repeatedly and firmly declared Iran's unconditional support for the Assad regime and warned Washington against military intervention. On August 31, commander-in-chief Mohammad Jafari stated that if the United States attacks Syria, it should expect "reactions even from beyond Syria's borders," arguing that Americans were "delusional" for believing that "they can limit the military intervention to Syria." He also warned that any countries cooperating with U.S. military action "would face a premature crisis in their national security." In addition, he noted that escalation of the Syrian crisis could generate danger for Israel.

Masoud Jazayeri, deputy chief of the Armed Forces Joint Staff, offered similar warnings on August 25. "The United States knows the redlines in the Syria front," he argued, and "any move to cross the Syria redline would have serious implications for the White House."

The hardliners are also mobilizing their international network in support of Assad. On September 3, a gathering was held in Tehran under the title "Syria: Entrenchment of Resistance." Dozens of Syrian, Lebanese, and Iraqi students attended, along with General Jafari, his deputy Hossein Salami, and members of Iran's Basij militia groups. While addressing the crowd, Salami declared, "The United States has given itself two weeks' time. But it should know that war reactivates the energies and reinvigorates the spirit of jihad in Muslims."

Syria policy is now a matter of public debate in Iran, and there is no consensus about it among the country's elites. The Supreme Leader has not made any significant statements on the Syrian crisis in recent days, especially since Washington announced that it might intervene. The issue could therefore become a contest of wills between Rouhani and his hardliner critics in the IRGC, parliament, the Experts Assembly, and, perhaps, a faction within Khamenei's office. Unlike former president Muhammad Khatami, who gave up on foreign policy after hardliner pressure became unbearable, Rouhani seems determined to maintain his influence over diplomacy. His main philosophy is that Iran's major problems can be solved only by addressing major problems in foreign policy.

If he holds out, Iran is less likely to be proactive in responding to U.S. military action. Although it is unclear to what extent Rouhani can refashion Tehran's Syria policy, U.S. intervention against Assad might strengthen his position against his critics. Yet hardliners would interpret U.S. inaction as a sign of weakness, and as a signal that their defiant attitude and "resistance" policy had succeeded. In other words, U.S. military intervention would keep Rouhani politically relevant, likely boosting his chances of becoming a central player in Iranian diplomacy. It would also reinforce the seriousness of Western pressure on Iran and serve as effective leverage in nuclear negotiations.

Mehdi Khalaji is a senior fellow at The Washington Institute. 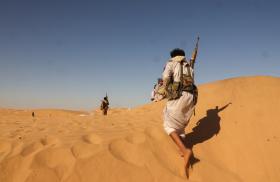