by Michael Knights, Crispin Smith
Also available in
About the Authors

The process of assuaging the militia support base was carefully stage-managed in the first week of the new year, with Iran and Nujaba setting the ground rules.

For many months, the muqawama (resistance) has been promising its support base that heavy blows would be struck against the U.S. military presence in Iraq if there was no large-scale withdrawal of American forces by December 31, 2021. Militia leaders could probably sense growing discontent among their constituents that they had over-promised and under-delivered on real resistance to the United States since the killings of Qasem Soleimani and Abu Mahdi al-Muhandis in January 2020. Their base then saw additional reason to doubt the leadership's potency and the depth of Iran's support after muqawama parliamentary factions collapsed in last October's elections and the results held up.

On November 7, Militia Spotlight assessed that the assassination attempt against Prime Minister Mustafa al-Kadhimi, mounted by elements of Asaib Ahl al-Haq (AAH) and Kataib Hezbollah (KH), was a danger sign for Iran's Islamic Revolutionary Guard Corps-Qods Force that the muqawama were becoming erratic and ungovernable. Against this backdrop, it was important for muqawama leaders and the IRGC-QF to deliver a visible campaign of unified and credible-looking resistance after the formal December 31 end date for the U.S. combat mission in Iraq.

Militia Spotlight assesses that the IRGC-QF stepped up its game on December 9, using an Iran-backed speech to vault Akram Kaabi of Harakat Hezbollah al-Nujaba into the limelight as the most trusted muqawama spokesman in Iraq. Behind the scenes, the ground rules for this surge were seemingly set by the IRGC-QF and Nujaba. From then until January 3—when numerous militia leaders attended commemoration ceremonies in Iran for Soleimani and Muhandis—the balance of available evidence suggests that only Nujaba was allowed to undertake limited, low-risk indirect fire strikes using rockets, mortars, or drones. (KH and AAH were firmly encouraged to hold back from indirect fire and instead lead a burst of convoy attacks under the banner of facade groups Qasem al-Jabbarin and Ashab al-Kahf; this strategy purposefully eliminated the risk of killing Americans, since U.S. personnel do not operate such convoys.) Indirect fire targets included:

Phase 2: KH and AAH Are Admitted to the Campaign on January 4

Once Iraqi militia leaders returned home from the Iranian commemoration events, the naughty children of the muqawama (KH and AAH) were allowed to join the indirect fire campaign with the grownups (Nujaba). Their permitted operating areas were west of the Tigris: BDSC, al-Asad Air Base in Anbar, and the Anbar-adjacent al-Tanf coalition base in Syria. On January 4-5, the following targets were struck:

What Next, and What Have We Learned So Far?

The remaining likely targets to be struck, possibly in the next twenty-four hours, are al-Tanf in Syria and U.S. bases in the Kurdistan Region. Militia Spotlight assesses that AAH and KH will be involved in the former and Nujaba in the latter. Other attacks on BSDC and convoys may proceed in parallel. As AAH appears to be the most risk-tolerant of the muqawama actors when it comes to inflicting U.S. casualties, it will be interesting to see the degree of care they take to maximize or minimize such casualties, which may indicate to what extent they have been brought back under centralized IRGC-QF influence since November 7.

The attack campaign undertaken since December 31 has generated a lot of coverage within the militia propaganda milieu, which appears to be a primary aim. The attacks themselves seemed to be carefully coordinated or even stage-managed, and not optimized to cause U.S. casualties. Kaabi and other militia leaders are promising more strikes and presenting the attacks so far as the beginning of an open-ended kinetic effort to remove U.S. forces. Yet they also give the sense that the situation does not need to escalate if the United States does not retaliate disproportionately, and if muqawama supporters seem satisfied with the performance. 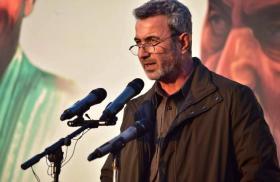 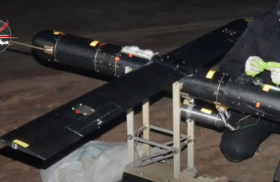