Coronavirus Has Opposite Effects on Turkish Policy in Syria and Libya

by Soner Cagaptay
Also available in
About the Authors

Soner Cagaptay
Soner Cagaptay is the Beyer Family fellow and director of the Turkish Research Program at The Washington Institute.
Brief Analysis

Ceasefire agreements and contagion concerns will likely limit Turkish operations in Syria for the time being, but Ankara has no such constraints in its Libya proxy war.

As of April 16, Turkey’s government had reported over 74,000 cases of coronavirus and 1,643 deaths. Thanks to the advancement of healthcare services under President Recep Tayyip Erdogan, the country’s mortality rate stands relatively low at around 2 percent, comparable to Germany’s. Although the overall health impact of COVID-19 is yet to be seen, Turkey seems to be doing better than many other countries at the moment (e.g., Italy’s mortality rate is around 12 percent).

Yet the pandemic’s near-term impact on Turkey’s foreign policy is more of a mixed bag. In Syria, Ankara has been supporting rebels against the Assad regime for years. Two months ago, however, fighting between Turkish and Syrian forces in Idlib threatened to wipe away the last vestiges of a 2018 Russian-brokered agreement that gave Ankara and its local partners control over most of the province. On February 27, thirty-three Turkish soldiers were killed when their unit was attacked there—Ankara’s largest single-day loss in Syria over the entire conflict. Afterward, Russia stood aside while Turkey conducted a heavy drone-centered offensive against the Syrian military and its Iranian-backed partners. In all, Turkish forces reportedly shot down three Syrian planes, destroyed a number of tanks and helicopters, and killed hundreds of Syrian and militia personnel.

After extensive talks in Moscow, Erdogan and Vladimir Putin reached another ceasefire agreement that came into effect on March 6. Considering the heavy damage the Turkish campaign inflicted on its forces, the Assad regime will likely avoid violating the agreement in the short term, buying time to restore its power. For its part, Ankara announced on April 5 that it would limit its cross-border military operations in order to help contain the pandemic.

Yet even as the prospect of imminent escalation in Syria recedes, the opposite could happen in Libya, where Turkey is still locked in a proxy war against regional rivals Egypt and the United Arab Emirates. Ankara supports the UN-backed Government of National Accord (GNA) in Tripoli, while Cairo and Abu Dhabi back Gen. Khalifa Haftar, whose forces are trying to seize the capital. They continue to carry out airstrikes on his behalf and provide his army with much-needed weaponry and drones. Ankara’s similar assistance to the GNA has been crucial of late: the government recently retook six towns near Tripoli, which would not have been possible without Turkish air support.

One factor behind this difference is that Syria lies next door to Turkey, raising fears about potential contagion effects on the thousands of ground troops Ankara has massed near the border. This is not the case in Libya, which lies across the Mediterranean Sea and requires a relatively small number of Turkish advisors and weapons to make a difference, minimizing pandemic-related worries.

Ankara no doubt also feels compelled to keep up with the recent escalation in Egyptian-Emirati support, which has occurred amid failed ceasefire efforts and an international arms embargo. For instance, when Turkish-provided air defense systems began to limit the effectiveness of the UAE-led drone campaign against Tripoli, Haftar launched indiscriminate rocket and artillery attacks against civilian targets in and around the capital. Most recently, the Turkish military reportedly began intensive aerial activity over the East Mediterranean earlier today, including the use of three tanker planes. These developments, coupled with the relatively limited military risk of coronavirus complications in Libya, indicate that further Turkish escalation is inevitable—and may already be underway.

Soner Cagaptay is the Beyer Family Fellow at The Washington Institute and author of Erdogan’s Empire: Turkey and the Politics of the Middle East. Deniz Yuksel is a research assistant at the Institute. 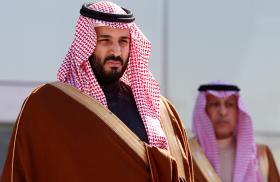 After Establishing a New Government, Tunisia’s Leadership Must Prioritize Fighting Corruption
Oct 25, 2021
◆
Articles & Testimony
A Plan B for Iran
Oct 25, 2021
◆