Raymond Tanter, a professor of political science at Georgetown University, is an adjunct scholar of The Washington Institute, researching U.S. policy options toward Iran.

From 1981 to 1982, Dr. Tanter served on the National Security Council staff and was personal representative of the secretary of defense to the 1983-1984 arms control talks held in Madrid, Helsinki, Stockholm, and Vienna. Currently, he is a member of the Council on Foreign Relations.

Dr. Tanter received his doctorate from Indiana University and has taught at Northwestern, Stanford, University of Michigan, and the Hebrew University of Jerusalem. The recipient of a Fulbright scholarship to the University of Amsterdam, he has served as a fellow at both the Hoover Institution and the Woodrow Wilson International Center. As scholar-in-residence at the American embassy in Tokyo, Dr. Tanter lectured on petroleum interruption scenarios, with special reference to the Middle East. At Georgetown, he teaches courses on the Arab-Israeli conflict, international security affairs, and ballistic missile defense. He was scholar-in-residence at the Middle East Institute during fall 2001. 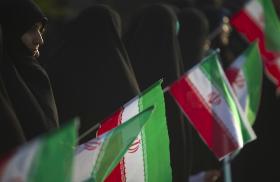