Paula Dobriansky, a foreign policy expert and former diplomat specializing in national security affairs, served as undersecretary of state for global affairs (2001-2009) and the president's envoy to Northern Ireland (2007-2009). Currently, she is a senior fellow with the Future of Diplomacy Project at Harvard University’s Belfer Center for Science and International Affairs and vice chair of the Scowcroft Center for Strategy and Security at the Atlantic Council. 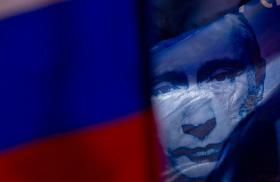