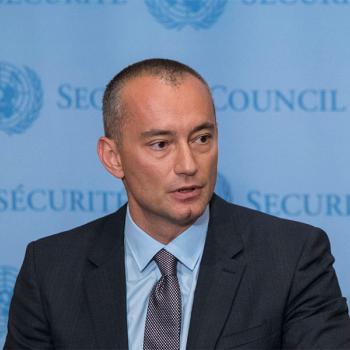 Nickolay Mladenov is the Segal Distinguished Visiting Fellow at The Washington Institute. An accomplished Bulgarian politician and diplomat, he served most recently as UN special coordinator for the Middle East peace process (2015-2020). At the Institute, he will join a team of experts within the Koret Project on Arab-Israel Relations.

Mladenov's career has included serving as Bulgaria's minister of foreign affairs and minister of defense as well as a member of the European Parliament. In 2013, he was appointed representative for Iraq and head of the UN Assistance Mission for Iraq by Secretary-General Ban Ki-moon. He assumed the peace process coordinator post two years later, where he played a critical role in helping to defuse cross-border violence between Israel and Hamas and preserve the idea of a negotiated solution to the Israeli-Palestinian conflict.

Brief Analysis
Building an Arab-Israel Bloc: Can It Compensate for a Reluctant Washington?
May 12, 2022
◆
END_OF_DOCUMENT_TOKEN_TO_BE_REPLACED