Marc Hecker
Marc Hecker is director of research and communications at the French Institute of International Relations (IFRI) and editor-in-chief of "Politique Etrangere."

Elie Tenenbaum is a research fellow at the French Institute of International Relations (IFRI) and director of its Security Studies Center.

Three French experts survey the evolution of twenty-first-century counterterrorism and assess how the struggles against jihadist and far-right violence need to adapt in the coming years.

On December 17, The Washington Institute held a virtual Policy Forum with Marc Hecker and Elie Tenenbaum, coauthors of La Guerre de Vingt Ans: Djihadisme et Contre-terrorisme au XXIe Siecle (The Twenty Year War: Jihadism and Counterterrorism in the 21st Century). Hecker is director of research and communications at the French Institute of International Relations, where Tenenbaum heads the Security Studies Center. The following is a rapporteur’s summary of their joint presentation, along with concluding insights from French diplomat and Washington Institute visiting fellow Louis Dugit-Gros.

When assessing the struggle against jihadism, one can best understand the period since the 9/11 attacks as five phases of a strategic cycle, each with its own victories, losses, and guiding objectives.

As a potential new phase takes shape, the counterterrorism milieu is defined by a combination of tactical successes and shifting priorities. On one hand, jihadist groups such as IS and al-Qaeda Central no longer pose as constant and grave a threat to Western nations as they once did. On the other hand, the challenge of measuring political gains versus costs has led to strategic frustration and war fatigue even as terrorist threats have become more geographically dispersed. Further, Washington and its partners, including France, have moved new issues to the top of their agenda—in an age of great-power competition, COVID-19, and a worsening climate crisis, counterterrorism has receded to the background.

Who Won the War on Terror?

If assessed from a zero-sum perspective, the war on terror did not result in a clear outcome. Yet counterterrorism is best understood as an ongoing effort rather than a war—a term that suggests the possibility of final victory for one side and total defeat for the other. Jihadist groups fell short of their grander goals such as establishing a caliphate and ridding the Muslim world of Western influence, but that failure does not necessarily constitute a win for the West. Despite considerable tactical success, one could argue that the West has suffered almost as much strategic failure.

For example, even as terrorism-related deaths decreased, the number of Salafi jihadist fighters worldwide has grown significantly, while gaining ground in the battle of ideas has proven difficult for the West. It is unclear whether this represents an expansion of the jihadist movement’s global footprint or an increase in the relative strength of local groups, which may be a warning sign of renewed efforts to develop global networks. In either case, the threat persists abroad and within the borders of Western nations, in the form of direct radicalization and on a continuum with rising far-right movements.

Lessons for the West

In the past, a tendency to underestimate and overreact often undermined the West’s counterterrorism efforts. Many political leaders dismissed jihadist threats, which came at a cost—most notably before the 9/11 attacks and, later, the Islamic State’s ascendance. The threat was taken more seriously at other points, but this often resulted in disproportionate responses that ultimately empowered armed groups to radicalize and recruit new adherents.

Going forward, the West must develop new mechanisms to support its counterterrorism efforts with fewer resources, emphasizing rationality and sustainability. This may include limiting the political ambitions that once drove decisionmakers toward democracy-building campaigns and liberal interventions. Instead, relying primarily on nonmilitary tools that build partner capacity may be more effective in stabilizing localities where jihadists exert considerable control.

At the same time, Western partners must remain vigilant by tracking the development of groups with local clout in order to contain any wider aspirations they may have. It is possible for groups to disconnect from international terrorist networks, but proving they have done so is complicated; as such, the West should consider devising a vetting process to verify true independence.

In the Sahel region, France has sustained its efforts with a light military footprint of only a few thousand troops. Although fundamentally altering the dynamics of a conflict is difficult with such a limited force, the mission’s tactical successes demonstrate the advantage of a small but strategic deployment. France should follow this success by investing further in political and social measures to advance governance and development. By devoting additional resources to understanding local contexts, the West may be better equipped to offer political bargains in service of larger goals. This approach has considerable potential if executed strategically. And it certainly does not entail negotiating with terrorists—rather, it means avoiding the impulse to systematically block internal negotiations in societies where jihadists are a fact of life.

More broadly, the French presence in the Sahel reflects the geopolitical shift away from a U.S.-led, partner-enabled approach to international security. The reliability of the United States was called into question during the Trump administration, prompting other Western powers to become more self-sufficient. Allies are now prepared to step forward and allow the United States to lead from behind—but Washington must accept that a supporting role means its agenda no longer takes precedence.

Parallel to jihadism is the threat posed by the far-right movements currently gaining traction in France and other Western nations. Jihadism is still the primary concern for many European states, but these two ideologies exist on a continuum and must be addressed as such. When thousands of Europeans (French in particular) traveled to Syria and Iraq beginning in 2013, Paris did not have an established approach to preventing violent extremism. Governments must learn from this lapse and develop robust, nonmilitary mechanisms to work against the threat. In doing so, they must be careful not to overreact or otherwise repeat past mistakes that strengthen the opposition.

Western counterterrorism campaigns certainly diminished the influence of major jihadist groups, but there is no clear-cut victory given the increase in active fighters and the growing jihadist presence in alternate arenas. Perhaps this is the result of an asymmetry of will, as terrorist morale remains high while Western commitment wanes.

Whatever the case, nonmilitary tools are an important component of a successful counterterrorism strategy, as seen in the evolution of French operations in the Sahel and the emphasis on local capacity-building. In the future, counterterrorism must also be considered in the context of new priorities rather than as a separate, lower priority. For example, climate change will have a serious impact on population flows, so decisionmakers need to consider how this and other unprecedented phenomena might strengthen terrorist groups in the future.

This summary was prepared by Hannah Labow. 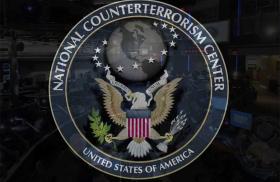