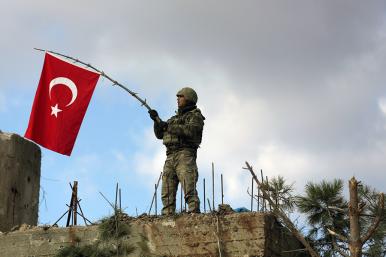 Fikra Forum
Fikra Forum
Understanding the Dangers of a Turkish ‘Safe-Zone’ in Syria
It has been almost a month since U.S. President Donald Trump’s abrupt announcement that American forces would leave Syria shocked American enemies, allies, and Trump’s own officials alike. For Washington, the question of what comes next has been a matter of significant debate and speculation. For Northeast Syria—and the millions
Jan 31, 2019
◆