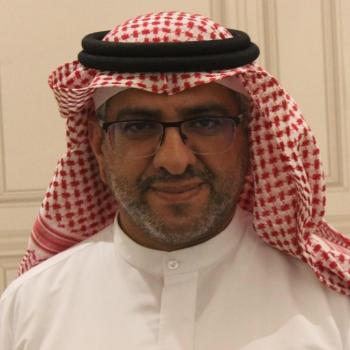 Mansour Al-Nogaidan is an Emirati writer and researcher originally from Buraydah, central Saudi Arabia. Al-Nogaidan served as director of Al-Mesbar Studies and Research Center in Dubai from from June 2012 to May 2018. In February 2018, he founded HARF& FASELA Media in Abu Dhabi, UAE.

Mansour has written and worked for several major Saudi newspapers, including Al-Hayat, Al-Majalla, and Al-Riyadh. He helped found Al-Watan as a writer and editor in the cultural section. He has also written for the Bahraini Al-Waqt and the Emirati Al-Ittihad and has been published by the New York Times, Washington Post, American Interest, and the Arabic edition of Newsweek magazine. In addition, he has appeared on CBS, BBC, Radio Monte Carlo International, and French Channel 2.

In June 2007, he founded the Law Respect Culture Forum in collaboration with the Washington Strategic Information Center, sponsored by Georgetown University. In 2015, he led Al-Mesbar Center’s team to sign a partnership agreement with UNESCO in Paris to support youth and intercultural dialogue. He was honored in New York by The Global Hope Coalition Leadership Summit in 2017 for his distinguished efforts in fighting extremism.

Mansour is a contributor to Fikra Forum. 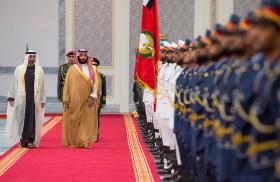 Brief Analysis
The Rise of the UAE and the Meaning of MbZ
Sep 15, 2020
◆
END_OF_DOCUMENT_TOKEN_TO_BE_REPLACED