Christina Lin is a former visiting fellow at The Washington Institute, where she focused on China's increasing footprint in the Middle East and on ways that China, the United States, and U.S. allies can cooperate to resolve regional security issues.

Dr. Lin has extensive U.S. government experience, having served at the Office of the Secretary of Defense, the National Security Council, the Department of State, the Export-Import Bank of the United States, and the federally funded Institute for Defense Analyses. Her foreign policy portfolio included defense planning; Chinese military strategy and the militarization of its energy security policy; regional security architecture such as the NATO Global Partnership and the Shanghai Cooperation Organization; and dual-use strategic industries related to the EU arms embargo on China. Prior to entering government service, she worked in the private sector at Lehman Brothers and Goldman Sachs in London.

Dr. Lin has published papers in Israel, Germany, and the United States on the militarization of Chinese energy security policy, Eurasian regional security architecture, and nuclear proliferation. She has been a key author of the annual China file for Jane's Chemical, Biological, Radiological and Nuclear Intelligence Centre at IHS Jane's. Her papers on the nexus between East Asian and Middle Eastern WMD proliferation have been cited widely, including reports in the Korea Herald, Wall Street Journal, World Tribune, and Jerusalem Post. 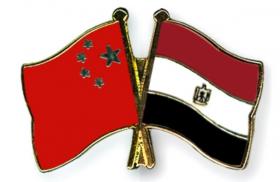