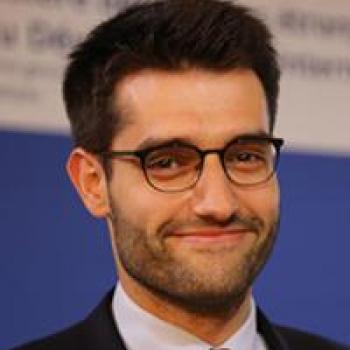 Charles Thépaut is a French diplomat and was resident Visiting Fellow at The Washington Institute. An expert in Middle Eastern and North African affairs, he has worked for several European institutions in France, Syria, Algeria, Iraq, Belgium, and Germany. Prior to his Washington Institute fellowship, he served as the political advisor for foreign policy at the French Embassy in Berlin, Germany. He has also been involved with the Global Coalition Against ISIS.

Fluent in French, English, Arabic, and German, Thépaut received his master's of arts in international relations and diplomacy studies at the College of Europe in Bruges. He  also holds a master's degree in public affairs from the Institut d'Etudes Politiques de Lille - Sciences Po Lille. He has taught Middle Eastern politics at Sciences Po Lille as well as at Paris Dauphine University. He is a frequent contributor to French think tanks and international relations journals, where he focuses on European foreign policy and Middle Eastern affairs. 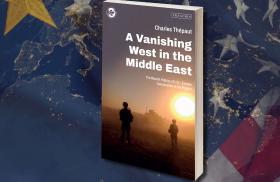 In-Depth Reports
A Vanishing West in the Middle East
The Recent History of U.S.-Europe Cooperation in the Region
Oct 19, 2021
◆
END_OF_DOCUMENT_TOKEN_TO_BE_REPLACED