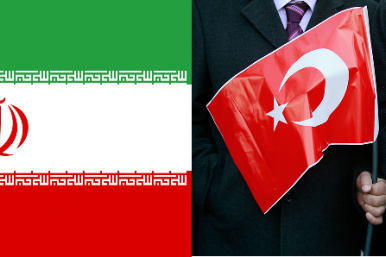 Fikra Forum
Fikra Forum
Iran’s High Strategic Value for Turkey
In a time where the balance of the Middle East is in flux, regional leaders and the international community alike should be closely following the relationship between Turkey and Iran. While the relationship between Teheran and Ankara has historically been troubled, mutual interests have sprouted newfound cooperation between the two
Jul 16, 2019
◆ 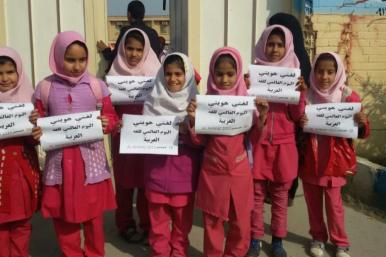 Fikra Forum
Fikra Forum
How Iran’s New Education Proposal Silences and Criminalizes Non-Persian Languages
For many decades, successive Iranian regimes have perpetrated injustices against non-Persian peoples who make up approximately half of the country’s population. Indeed, the Islamic Republic chose to follow in the footsteps of the Shah in terms of promoting Persian ethnic supremacism. Since its inception, the regime has enacted a number
Jul 8, 2019
◆ 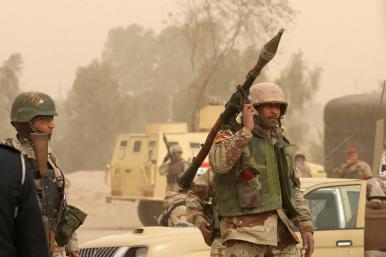 Fikra Forum
Fikra Forum
During Conflict Between the United States and Iran, Iraq’s Shiite Forces Will Prioritize Iraq
“We will not allow Iraq to become a battlefield for other countries to clear their debts”—this statement would be unremarkable coming from many Iraqi politicians, as it is in sync with the current view of most Iraqi political parties and the three Presidencies of Iraq: the President, Prime Minister and
May 14, 2019
◆ 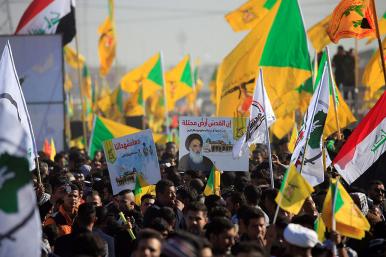 Fikra Forum
Fikra Forum
How the U.S. Government Should Think About Iraq’s Popular Mobilization Forces
A spirited policy debate is underway within the corridors of power in Washington D.C. over the manner in which the United States should view and treat the Popular Mobilization Forces (PMF), Iraq’s web of paramilitary organizations. It takes a great deal of concern to elevate such a niche issue to
May 9, 2019
◆ 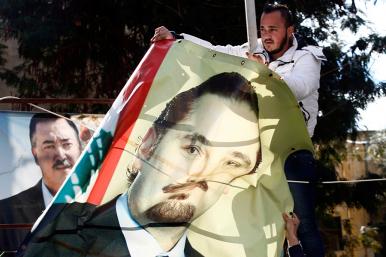 Fikra Forum
Fikra Forum
Sunni Lebanon: An “Oddity” at Risk
In successive polls, approval of the United States within the Sunni Lebanese community has rated consistently high—a fact that stands in contrast with low numbers in other Sunni Arab populations. Certainly, part of the discrepancy reflects internal Lebanese politics. Sunni Lebanese view Washington, together with Riyadh and Paris, as backers
May 8, 2019
◆ 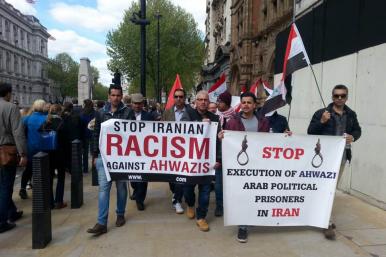 Fikra Forum
Fikra Forum
Iran’s Ethnic Minorities Are Finding Their Own Voices—America Can Help
A little-publicized fact about Iran is its ethnic diversity: though Turks and Persians are the largest ethnic groups within Iran, Iran’s eight major non-Persian ethnicities represent approximately half of the country’s total population. Each of these minority groups—Ahwazis, Kurds, Turks, Balochis, Turkmen, Qashqais, Caspeans, and the Lor tribes—collectively account for
Mar 22, 2019
◆ 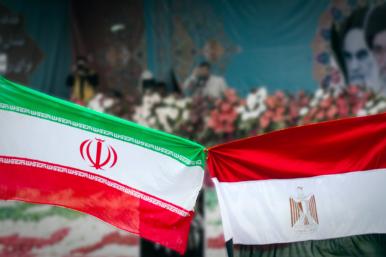 Fikra Forum
Fikra Forum
Understanding Egypt’s Limited Involvement in the Campaign Against Iran
After U.S. Secretary of State Mike Pompeo’s last visit to the Middle East, Cairo has attempted to appear aligned with Gulf States’ efforts against the Iranian regime, at least rhetorically. Egypt’s participation in the Warsaw summit against Iran—which Pompeo had publicly announced in Cairo one month earlier—was perhaps intended to
Mar 21, 2019
◆ 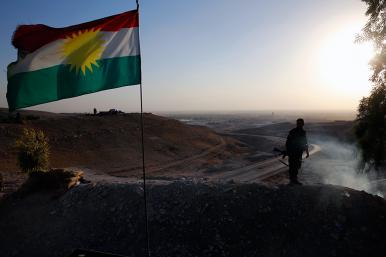 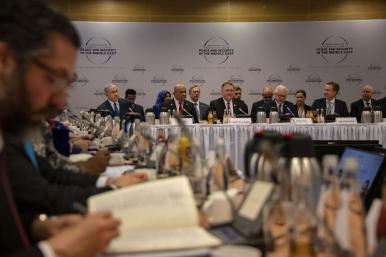 Fikra Forum
Fikra Forum
What Washington—and Iran—Should Take Away from the Warsaw Conference
“Takeaways” is the classic Washington term used to encapsulate the outcomes of high-profile diplomatic gatherings. Last week, I was invited to moderate a panel at the “Ministerial to Promote a Future of Peace and Security in the Middle East,” cohosted in Warsaw by Secretary of State Mike Pompeo and Polish
Feb 22, 2019
◆ 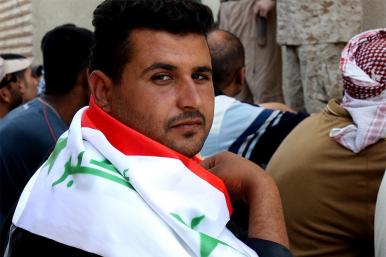 Fikra Forum
Fikra Forum
Local Partnerships are Key to Confronting Iran in Iraq
With its historical, cultural, and civilizational depth, combined with a deft wielding of soft and hard power, Iran currently feels that it has the upper hand in Iraq. Moreover, Iranian strategy has experienced an important development: it has moved from calling for popular revolutions against political regimes to intervening in
Feb 19, 2019
◆ 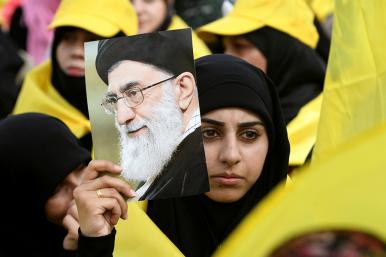 Fikra Forum
Fikra Forum
Revolutionary Iran and the Arab Causes: A Case of Ideological Entrapment
‘Iran has no objective interest in pursuing an anti-U.S. and anti-Israel policy, and would be amenable to a radical compromise, provided that its stature as the regional super-power is duly recognized.’ This is the blunt message communicated through various channels, including Iranian scholars associated with Tehran’s policy community during chance
Feb 11, 2019
◆ 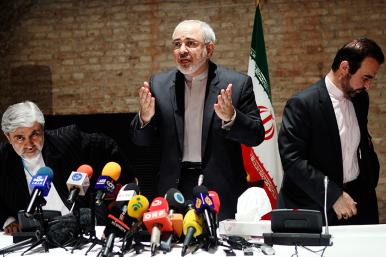 Fikra Forum
Fikra Forum
Zarif versus Pompeo: Realism Wins
Iranian foreign minister Mohammad Javad Zarif’s recent visit to Baghdad has pushed the American project to counter Iranian influence in Iraq back to square one. The visit came just after U.S. Secretary of State Mike Pompeo’s tour in Baghdad and several other Middle Eastern capitals, through which he sought to
Feb 8, 2019
◆ 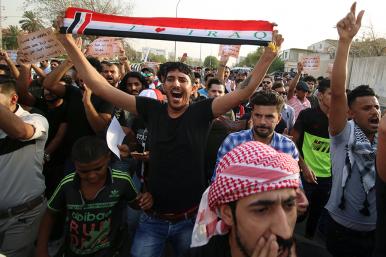 Fikra Forum
Fikra Forum
How Militias Affect Basra’s Protests
With protests originally sparking in July 2018, Basra continues to experience sporadic demonstrations. While many protesters initially emphasized the continuing lack of infrastructure in southern Iraq, slogans against Iran, and attacks against the Iranian consulate have emphasized frustration at Iran’s influence in the region as well. Iran’s influence is directly
Feb 1, 2019
◆ 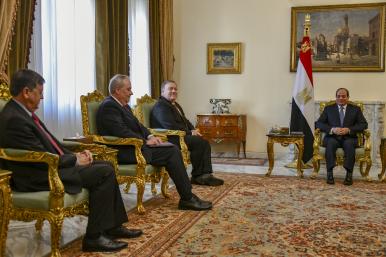 Fikra Forum
Fikra Forum
Another Course Correction Needed: Towards a Better Reception of U.S. Positions in the Middle East
Characterizations of U.S. engagement in the Middle East as merely chaotic ignore—often deliberately—that a course correction in U.S. policy is indeed taking place. Underneath the U.S. administration’s multiple, even conflicting messages communicated to friends and foes in the Middle East, the outlines of a coherent policy are potentially discernible. Washington
Jan 25, 2019
◆ 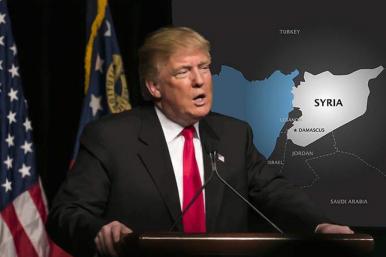 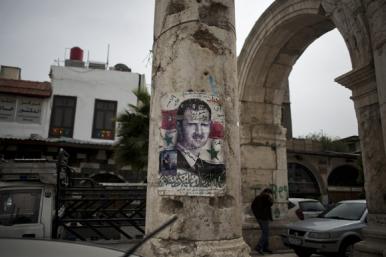 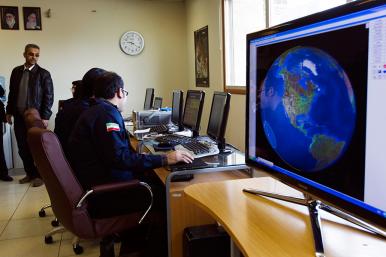 Fikra Forum
Fikra Forum
The Overlap of Media, Culture, and Intelligence in Iran
The Iranian regime has adopted a clearly-defined political strategy through which it aims to spread its ideology and strengthen its influence beyond Iran’s geographic borders. The regime views the triple-pronged approach of culture, media, and intelligence as an effective tool that will allow it to win the hearts and minds
Nov 6, 2018
◆ 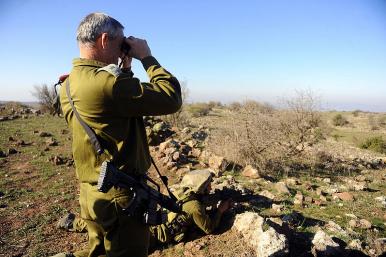 Fikra Forum
Fikra Forum
A Strengthening Shiite Axis Paradoxically Gives Peace between Syria and Israel a Chance
As the Assad-Iran-Russian axis prepares for the "last battle in Idlib," the question arises: what does the ‘day after’ look like for the region when events in Syria finally come to a conclusion? It is clear that Iran’s proxy forces would prefer to create a new Syria in accordance with
Oct 10, 2018
◆ 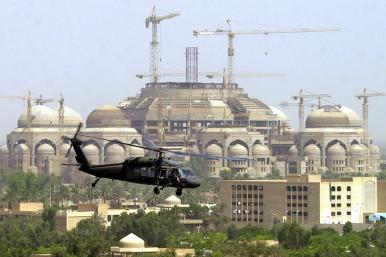 Fikra Forum
Fikra Forum
The U.S. Role in the Future of Iraq
The United States of America has invested significant time and effort in Iraq over the last fifteen years, yet the Iraqi political process continues to falter. The damage of the country’s limited adoption of democratic values is continually demonstrated in each election cycle. This is especially complicated by the outsized
Sep 24, 2018
◆

Fikra Forum
Fikra Forum
Limiting Corruption Opportunities in Iraq
As popular demonstrations in the south escalate further each summer, the next Iraqi government should address the root causes of this unrest. Otherwise, it risks the existence of the post-2003 system. One such cause is corruption, which could be addressed by adopting several anti-corruption measures, such as e-governance, one-stop-shops, encouragement
Sep 21, 2018
◆