by Scott Mastic
Also available in
About the Authors

Scott Mastic
Scott Mastic is the Director for the Middle East and North Africa division at the International Republican Institute.
Brief Analysis

The increase in the power of Hezbollah and Iran is a danger to Lebanese democracy. Even so, the selection of a new president will hopefully set the stage for parliamentary elections to finally occur after three years of delay.

The Lebanese parliament finally installed Michel Aoun — the Christian politician favored by Iranian proxy Hezbollah — as president. It marks yet another example of regional developments going Iran’s way, contributing to a potential rebalance of power in the region.

The mechanics that produced this situation caught many observers off guard. For more than two years, Lebanon’s presidency languished as Lebanon’s two main coalitions, “March 8” and “March 14”, failed to agree upon a consensus candidate capable of securing the necessary two-thirds quorum needed to hold a vote.

In the months leading up to the session, major political shifts occurred in Lebanon,  including unexpected endorsements from two leading March 14-aligned political party leaders for members of the March 8 coalition. In November 2015, Saad Hariri, the newly-appointed Prime Minister and head of the Sunni-led Future Movement, backed March 8 and Marada movement leader Sleiman Frangeih for President — a shocking development, in light of the fact that Frangeih is a known friend of Bashar al-Assad and staunch Hezbollah ally.

In a counter move, Lebanese Forces (LF) leader Samir Geagea endorsed Free Patriotic Movement (FPM) leader Aoun, who abandoned the March 14 coalition in 2006 when he signed a memorandum of understanding with Hezbollah to bolster his presidential prospects. Geagea ultimately supported Aoun on confessional grounds: Lebanon’s system stipulates that the president should be a Maronite Christian, Prime Minister a Sunni Muslim and Speaker of Parliament a Shia Muslim. The move unified the LF and FPM parties for the first time since 2006, and the parties even ran on the same municipal election lists in May 2016.  While the decision united the Christian community, it also changed the dynamics of the March 14 coalition, to the extent that many members questioned if the coalition still existed.

After 10 months of deadlock between Geagea’s endorsement of Aoun and Hariri’s endorsement of Frangieh, Hariri then shocked observers again by switching his endorsement to Aoun on October 20, 2016. Hariri’s decision coalesced members of the March 8 and March 14 coalitions around Aoun including the LF, FPM, Future Movement, Hezbollah and Progressive Socialist Movement. Only three parties resisted— the Amal movement, led by Speaker of Parliament Nabih Berry; the Marada movement, led by presidential candidate Frangeih; and the Kataeb movement, led by Samy Gemayel.

So what prompted these very different politicians to change their stances and support Hezbollah’s candidate of choice? Regional and international shifts played a large role—perhaps none more so than the Iran nuclear deal, and the resulting rebalance of regional power that it is producing.

Both Saudi Arabia and Iran play major roles in Lebanon’s domestic affairs. Saudi Arabia has historically backed Hariri’s Future Movement, while Iran provides ongoing support to Hezbollah. After the Joint Comprehensive Plan of Action (JCPOA) was agreed to and Hariri endorsed Bashar Assad supporter Sleiman Frangeih for president, Saudi support for the Future Movement diminished, and in February 2016 Saudi Arabia cancelled an $8 million dollar contract to support Lebanon and discouraged Saudi citizens from traveling there. Around this same time, Iran’s regional fortunes were boosted by the Russian intervention in support of their ally Bashar Assad.  As Iran’s proxies in Syria, Hezbollah’s position was also significantly strengthened.

The withdrawal of Saudi support left Hariri in a vulnerable position— unable to maintain an effective opposition to the March 8 coalition and Hezbollah, the influence of which waxed as the March 14 coalition’s waned.
Trouble is brewing for the upcoming parliamentary elections, currently scheduled for June 2017, but which many speculate will be postponed for a third time since 2013. The new government may insist on delaying elections as the new cabinet forms and a new election law is devised. However, citizens angered by parliament’s paralysis over the past several years are not likely to let another postponement stand, and could take to the streets to protest, as they did in 2015 over the lack of garbage collection.  Lebanon has not held parliamentary elections since 2009, excluding citizens from the democratic process and weakening the mandate of the government to address issues most important to the Lebanese people.

In the coming months, Michel Aoun will need to issue a statement and elect a new cabinet. Many believe that Nabih Berry, who withheld his support from Aoun but did not boycott the election, will remain the speaker of parliament and that a member of his bloc will be appointed minister of finance.  As predicted, Hariri has already been installed as the new prime minister, and it is expected that a new army chief will be someone tied to Aoun.
The new president heralds what may be a new era for Lebanon, resulting in the slow demise of the March 14 coalition and yet more influence from Hezbollah—and by extension, Iran. It’s a good example of how internal political and confessional dynamics are manipulated by wider regional shifts in power.  For Lebanon’s Christians, it was a difficult choice between succumbing to Hezbollah’s preferred candidate and continued paralysis over the presidency with the risk of further marginalizing the institution and the community.

The increase in the power of Hezbollah and Iran is a danger to Lebanese democracy.  Even so, the selection of a new president will hopefully set the stage for parliamentary elections to finally occur after three years of delay. While it is important that parliamentary elections be held, restoring public confidence in Lebanon’s system will ultimately depend on what the president, prime minister and parliament do to address key issues such as the influx of Syrian refugees, unemployment and the delivery of basic public services. 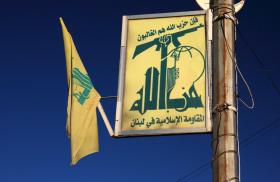